154 Words, a Philly Tavern, and the Battle of Nassau 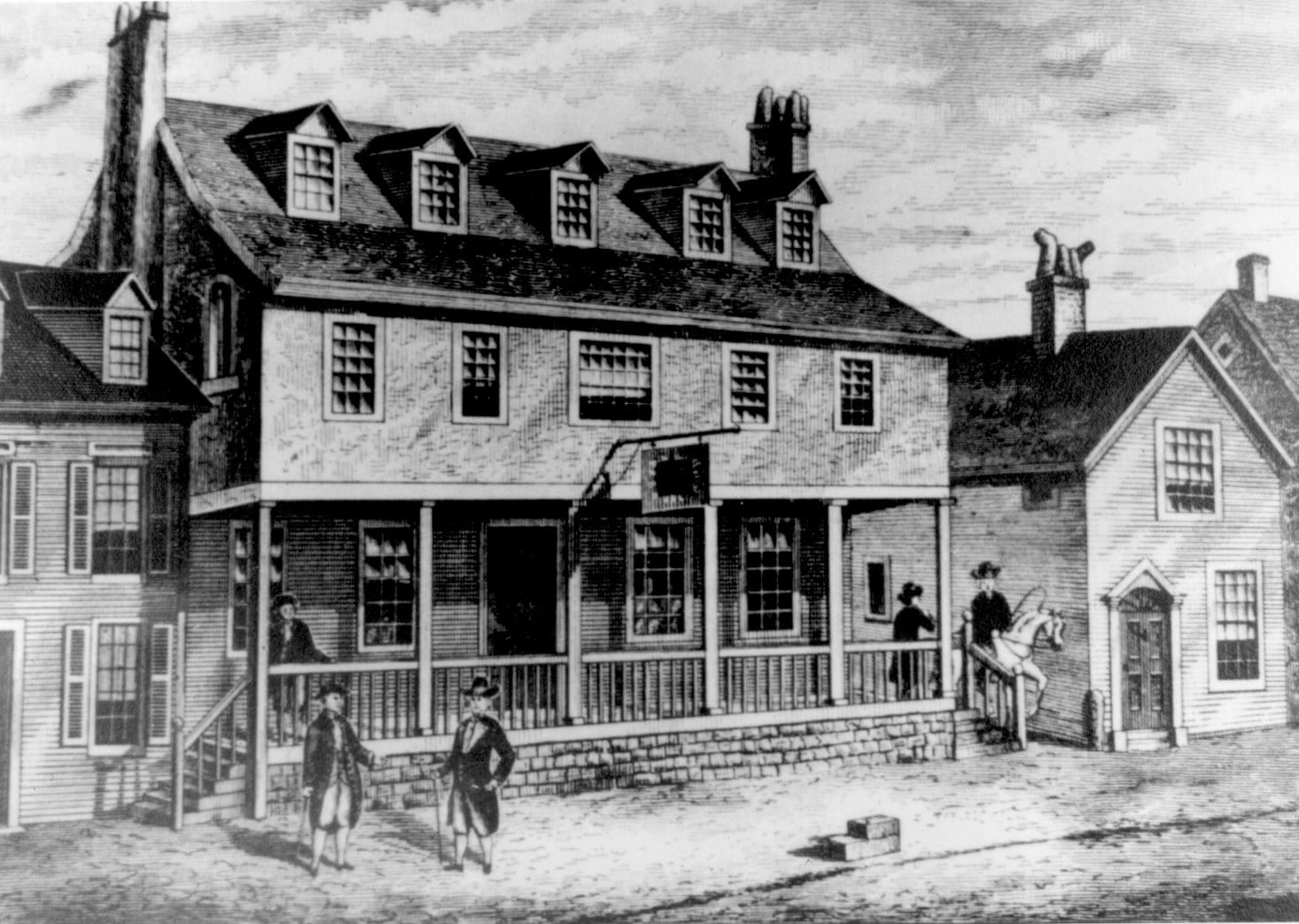 A man walks up to you in a bar and by the end of the night you’ve signed your life away to the Marine Corps. In late 1775, that was a viable recruitment strategy for the newly minted Corps.

On November 10, 1775, the Continental Congress, not known for their swift decision making, established a new military branch with the brief flourish of a goose quill pen. Considering the length of some congressional bills today, this was quite an accomplishment. In a mere 154 words, a resolution written by the future second President, John Adams, the forerunner to the United States Marine Corps was created: The Continental Marine Corps.

“Resolved, That two Battalions of marines be raised, consisting of one Colonel, two Lieutenant Colonels, two Majors, and other officers as usual in other regiments; and that they consist of an equal number of privates with other battalions; that particular care be taken, that no persons be appointed to office, or enlisted into said Battalions, but such as are good seamen, or so acquainted with maritime affairs as to be able to serve to advantage by sea when required; that they be enlisted and commissioned to serve for and during the present war between Great Britain and the colonies, unless dismissed by order of Congress: that they be distinguished by the names of the first and second battalions of American Marines, and that they be considered as part of the number which the continental Army before Boston is ordered to consist of. Ordered, That a copy of the above be transmitted to the General.”

Seeking out new recruits from the “good seamen” to be found in the Philadelphia waterfront watering holes, the first officer commissioned to raise the battalions was then Captain Samuel Nicholas.  He quickly appointed Tun Tavern’s proprietor, Robert Mullan, as the first Marine Recruiter. Built in the late 1680’s by a Quaker merchant, the Old English “tun” meant a barrel or keg of beer. The tavern was the hub of other revolutionary meetings, hosted many a founding father for supper, and was the perfect location to sign up willing fighters.

By January of 1776, Captain Nicholas had recruited enough Marines for his mission and set sail from Philadelphia in the Continental Navy vessel, Alfred. They headed towards what is known today as the Battle of Nassau; a clash of many firsts for the new Marines in the waters of the Bahamas. Their goal was seizure of munitions and gunpowder that had been previously removed from Virginia by Loyalists. The Continental Army was in desperate need of this gunpowder. The Marines made their first amphibious landing and took the fort with moderate resistance. They were able to obtain 38 casks of gunpowder and as many armaments as would fit on the ship. The new military branch was a success.

Tun Tavern burned down in 1781 and in its place resides Interstate 95. A small sign in downtown Philadelphia notes its importance to the Marine Corps. Captain Nicholas was promoted to Major and after the war ended in 1783, he returned to civilian life. He was later to be recognized as the first Commandant of the Marine Corps. The Continental Navy and Marines were disbanded in April of 1783, at the end of the Revolution. However, it was not long until the 3rd United States Congress recognized their need for both due to the Barbary pirates. On March 27, 1794, the modern United States Marine Corps was established through the Naval Act. Wherever Marines are stationed, every year on or around November 10, the Marine Corps celebrates its birthday with a traditional ball and a cake-cutting ceremony.

The Unmatched Supremacy of Battle Tanks, the Steel Fist of Modern Warfare