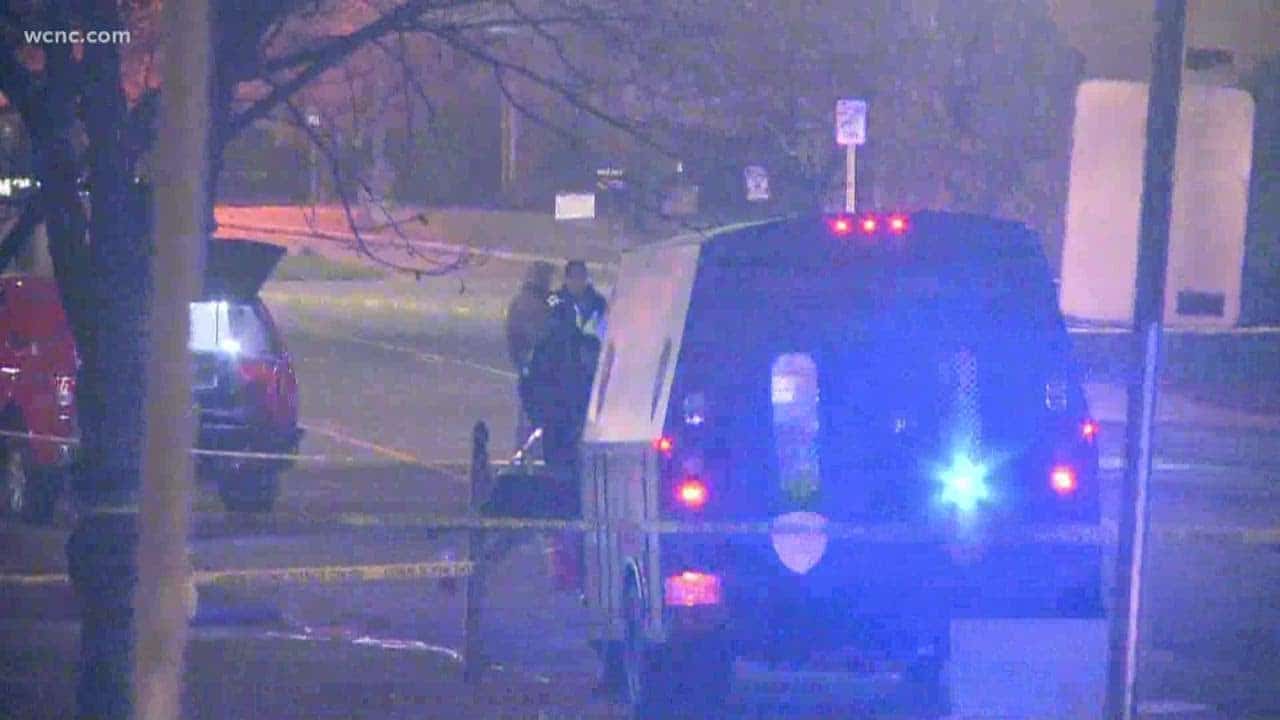 After a year and a half on the job, a Concord police Officer is now dead following a shootout with a convicted felon.

Officers Jason Shuping, 25, and Kaleb Robinson,23, were called to the scene of a vehicle accident at 10:20 pm. According to the Concord Police Department, the vehicle had been abandoned crashed into the guardrail.

Officers received a secondary call from a woman stating a man had attempted to carjack her near the Sonic Drive-In. The officers received reports the suspect has been seen in the vicinity of Gateway Lane.

According to the Police Department, the male suspect pulled out a gun and shot at the officers. When two more officers arrived on the scene, they saw two officers were injured.  Gunfire was exchanged with the suspect, who was getting into an SUV. The suspect, 29-year-old Jeremy Maurice Daniels, was killed on site.

Officer Shuping was killed in the exchange while Officer Robinson was injured and taken to a nearby hospital. Shuping is the first CPD officer to lose his life.

The Concord community is now banding together to support their fallen officer and his law enforcement family.

In a candlelight vigil held Friday night, the Concord mayor spoke about Shuping’s swearing-in back in 2019. According to an article by WSOC-TV, the Mayor and Shuping discussed why Shuping chose Concord. His response- family and community.

WSOC reported the officers closest to Shuping said he was like family to them. “A helper, a warrior, a great friend, family member… we’re going to miss him,” one of the officers stated.

WSOC’s Susana Black reported that the officers also said his legacy was him always being there for the community who needed him. He never did it for recognition or money, but because he had a good heart.

In today’s climate, many officers do not see strong community support. This community coming together to honor and celebrate the life of an officer is a healing step.

Memorials have sprung up for Shuping throughout the area. According to WSOC9’s Twitter account, there is even a memorial outside the Charlotte Motor Speedway.

In a quote for WBTV, retired Salisbury detective Christopher Schenk said it best, “No matter what department you work for, we’re all family.”