AWOL to Medal of Honor – The Jack Lucas Story 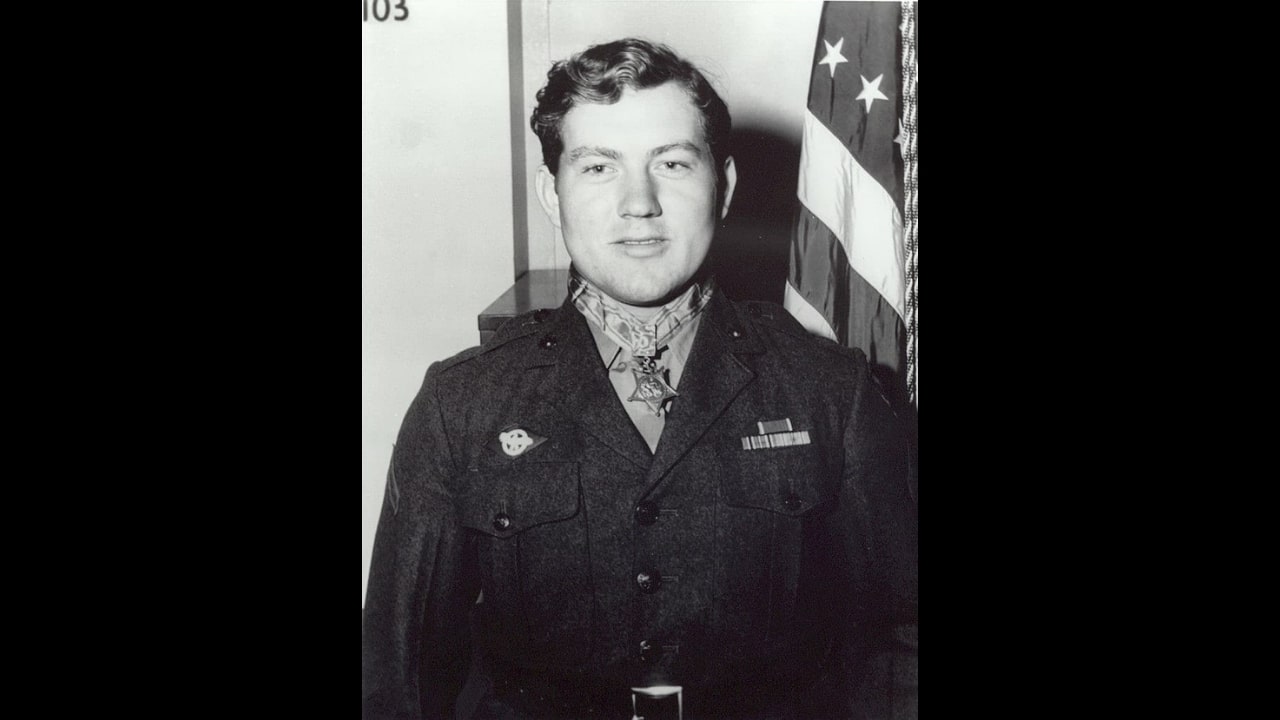 At 17, most young men are dreaming of girls and cars and trying their hand at shaving. Most young men wouldn’t be stowing themselves away on a transport ship to get to the front lines in Japan during World War II. Jack Lucas wasn’t like most young men!

After the Japanese bombed Pearl Harbor, Jacklyn Harrell “Jack” Lucas was determined to serve his country. As a cadet captain at Edwards Military Institute in Salemburg, North Carolina, and the captain of the football team, he weighed in at 180 pounds and was 5’8”. However, he was only 14 years old and too young for real military service. He wanted it badly though, so he lied about his age, and forged his mother’s signature and signed up for the United States Marine Corps. He was a big boy so they didn’t figure it out until a year later, after he was already trained as a heavy machine gun crewman. While they could have booted him for lying, they decided to reduce him to driving a truck at his base in Hawaii.

Not to be detoured from his goal of fighting, he went AWOL and stowed away on the USS Deuel. The transport ship was moving the 1st Battalion, 26th Marines of the 5th Marine Division to Iwo Jima. He turned himself in to the Marine Captain Robert Dunlap, but didn’t reveal his age. He was assigned to his company as a rifleman. He celebrated his 17th birthday while at sea only a few days shy of his participation in the Battle of Iwo Jima.

On February 20, 1945, Lucas and his fellow Marines were moving towards the enemy and took cover in a trench. They fired upon the Japanese soldiers who in turn fired back. The Japanese lobbed a grenade into the trench occupied by Lucas and the other Marines. Lucas was the only one to spot the grenade and jumped on top of it. When another grenade landed beside him, he grabbed that too and pushed it underneath his body.

“I smashed my rifle butt against one and drove it into the volcanic ash, and fell on it, and pulled the other one under me. I was there to fight, and we were there to win. What you have to do you do to win. It was not in me to turn to run.” – Jack Lucas

The Japanese used some very nasty Type 97 Fragmentation Grenades. Segmented and pineapple-shaped, upon explosion it would hurtle shattered pieces of jagged shrapnel in all directions. All this hot metal entered Lucas’ body and blew him face up. He was so severely wounded his brother Marines thought he’d been killed. They left him in the trench and advanced against the enemy. However, even with 250 pieces of shrapnel now embedded in his right arm and wrist, right leg, thigh, and chest, he never lost consciousness. Another Marine came upon him and discovered he was alive. He called a Navy Corpsman over and they were able to evacuate him.

Over 20 surgeries and seven months of recovery, on October 5, 1945, President Harry S. Truman presented Jack Lucas with the Medal of Honor. He was the youngest recipient of the 20th century.

Jack would go on to keep his promise to his mother and finish high school and then earned his college diploma. He joined the Army and conquered his fear of heights by becoming a paratrooper in the 82nd Airborne. On his first jump his parachute failed to deploy and he survived a 3,500-foot drop.

Jack married three times and had four sons. He wrote an autobiography fittingly called, Indestructible: The Unforgettable Story of a Marine Hero at the Battle of Iwo Jima. He lived his whole life with 200 embedded metal fragments in his body that set off airport alarms. In 2008, the man that could not be killed in battle, succumbed to leukemia. He was 80 years old. Not bad for an old Marine.