With Lives In The Balance, This Brave Cop Doesn’t Hesitate 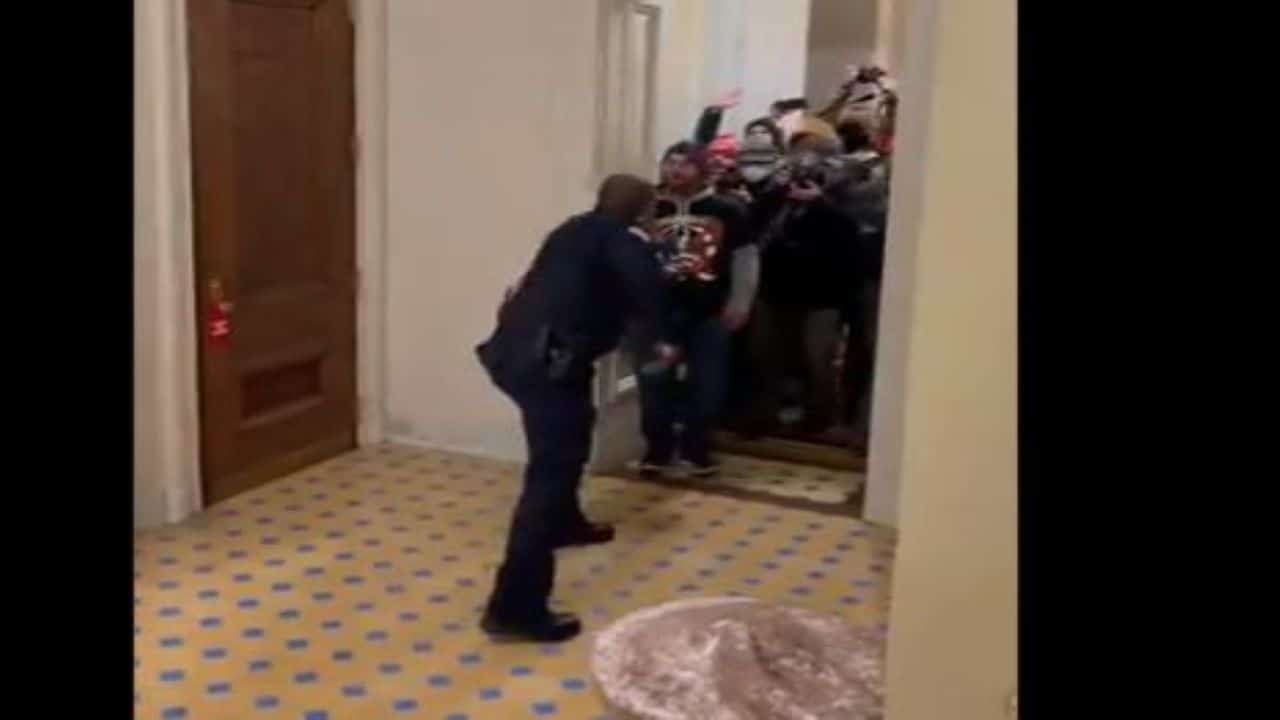 In the midst of the chaos from January 6, one Capitol Police officer is being recognized for his heroism.

As a group of rioters broke through the capitol doors and traipsed through the building, they were met by Officer Eugene Goodman.

Goodman Leads The Horde Away

In a video tweeted by Huffington Post political reporter Igor Bobic, a mob of protesters faces Goodman in a doorway. The doorway ultimately led to the Senate chamber.

In the video, you can see Goodman repeatedly order the protestors to “get back.”

Instead, the protestors choose to ignore Goodman’s directions. They continue to advance through the hallway and up the stairs, following Goodman.

Even though the protestors incredibly outnumber Goodman, he communicates via radio with his fellow officers. He does this while backing away from the open Senate doors.

In the video, you can see Goodman pushing one of the protestors back repeatedly. According to CBS News, this man is Doug Jensen from Des Moines, Iowa.

Jensen and the group follow Goodman to a section of the Capitol where additional law enforcement officers are waiting.

According to Fox News, in Washington Post reports, Goodman leading the rioters away took about a minute. This diversion gave much needed time to clear the Senate floor and get the Senators to safety.

Jensen, 41, faces multiple charges from the FBI. Crimes include disrupting the orderly conduct of government business and obstructing a law enforcement officer during a civil disorder.

At first glance, many viewers thought Officer Goodman was running away from the throng of protestors. In reality, he is making calculated moves to ensure the safety of those inside the Senate chambers.

The video’s audio is not the easiest to hear. However, Goodman is radioing his fellow officers to let them know exactly where he and the mob are. This indicates deliberate action on his part.

It’s important to remember the U.S. Capitol Police are there to serve and protect. A task Officer Goodman took to heart, despite the odds.

His evasive plan and calm interaction with the protestors prevented the situation from escalating further.