New Orleans Firefighters Save Nearly 200 People, Though Victims Lost Everything But Their Lives 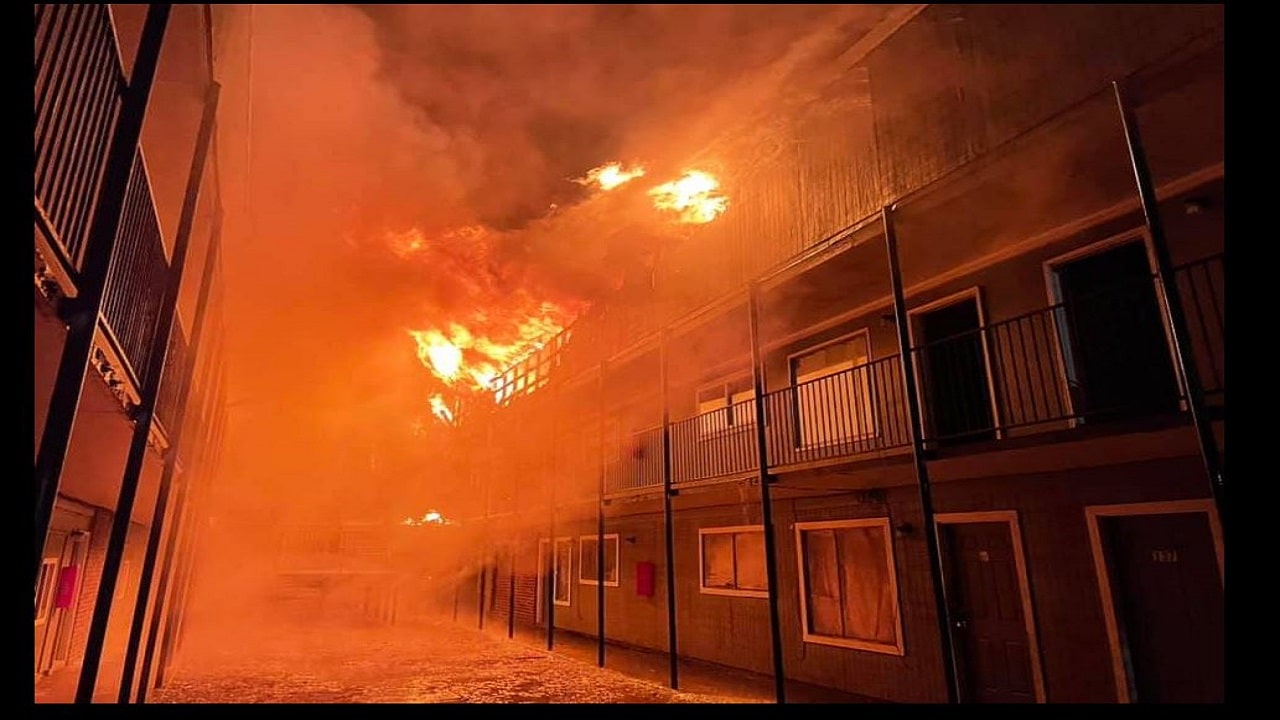 When a fire erupted in a two-story apartment Wednesday night, around 175 residents lost everything.

New Orleans Firefighters responded to a four-alarm incident at Gentilly Ridge apartment complex around 7 p.m. Thankfully, there are no serious physical injuries to any of the residents.

Waiting On the Red Cross

Many of the residents fled their apartments with little to no possessions. While the firefighters worked on containing the fire, the building’s occupants waited outside for the American Red Cross.

Many residents did not know where they were going for the night.

Since firefighters needed to clear the building of all the occupants before they could extinguish the flames, the fire was still going almost four hours later.

A total of 60 firefighters worked the scene until the flames were out. Firefighters received additional help from New Orleans Emergency Medical Services and the New Orleans Police Department.

According to an NOFD statement to WGNO, “The fire burned so hot and spread so quickly even extending to units on the opposite side of the shared courtyard, the firewalls were not as effective as we would have liked. Subsequently, a third and fourth alarm were struck at 7:21 and 7:41 p.m. to assist with manpower as well as dispatching additional aerial units to attack the fire from above.”

Looking Toward a Cause

Investigators are still working to determine what may have caused the blaze.

One of the now homeless residents said it was not shocking that the fire occurred. She cited the age of the structure and was suspicious of the electrical wiring.

According to Interim Fire Superintendent Roman Nelson, “There are 104 units and 90 are occupied and there is a section in the back that may still be habitable.”

Crews were onsite Thursday morning to check for any hot spots.

Firefighters, EMTs, and police officers were able to work together to ensure there was no loss of life.

Even though they were unable to save the apartments, they were able to shift focus and prioritize the resident’s lives with a fast-moving fire. Decisions like this can be challenging in these types of situations.

While it is not easy for the residents who are left picking up the pieces, it is a miracle they only lost property.