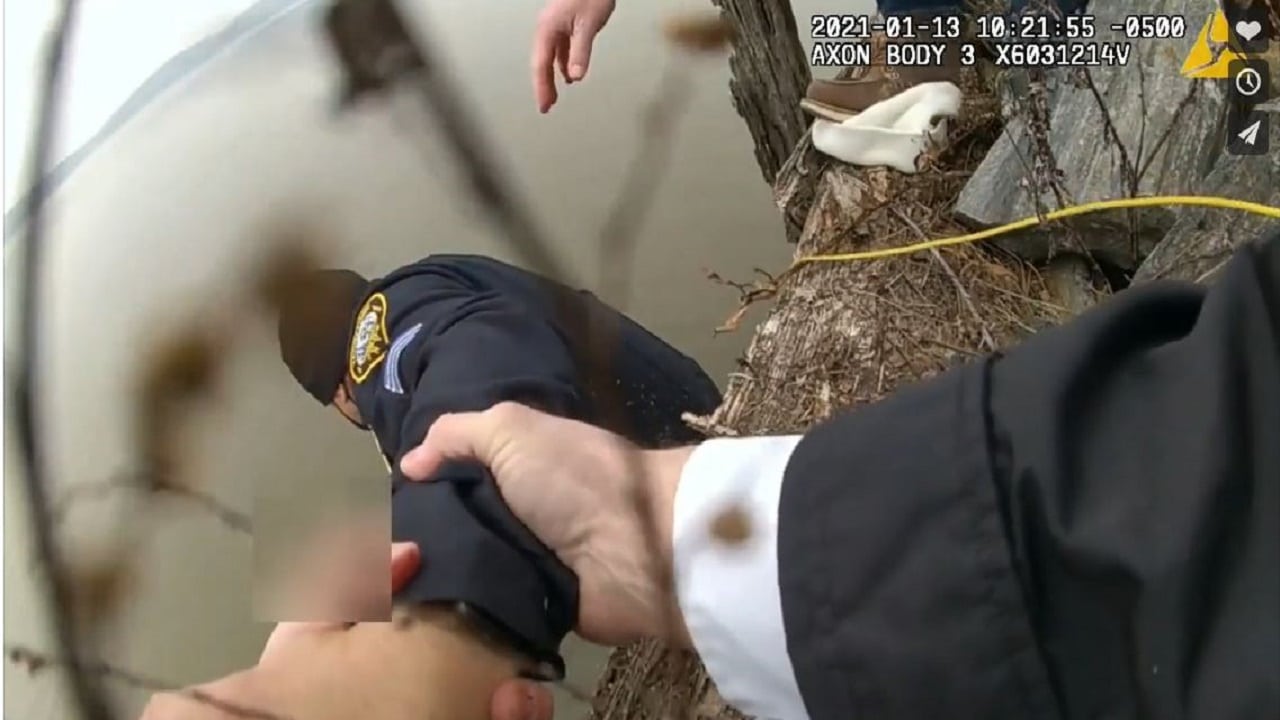 Tarrytown body cameras were issued just in time to record a daring rescue by a firefighter and two police officers.

Wednesday afternoon, a New York firefighter and Tarrytown police received a call that a woman was in the Hudson River.

According to Tarrytown police, the department was responding to a resident’s call around 10:18 a.m. that a woman was in the water near River Walk Park.

When officers got to the location, the woman was about 20 feet offshore. She was having difficulty staying above water.

At first, the officers threw a water rescue disc to the woman to pull her closer to the shore. Unfortunately, they were having a challenging time pulling her out of the water with the steep terrain.

There were several tries by both Tarrytown Police Officers and the Tarrytown Fire Department. However, they ultimately had to get into the water with her.

Sergeants Chris Caoili and Joseph Barosa worked together with Firefighter Scott Weaver Jr. Through their team effort, they were able to put a harness around the female.

One of the officers can be heard in the video saying, “Bring your foot up, dear.”

Another is heard encouraging her, “You got it, sweetie.”

The remaining officers and firefighters were able to pull her out of the water and safely onto the shore.

According to Fox 5 NY, an ambulance took the woman to Westchester Medical Center.

Due to the water’s frigid nature, all three first responders were taken to Phelps Hospital for evaluation.

Many Benefits to Bodycams

Police departments issue bodycams to their officers as a protective measure. If there is any question of a situation’s details, the live recording can give the department a route for addressing it.

The footage is an example of the exceptional heroism of Tarrytown officers. It highlights the positive aspect of a first responders job.

It also shows viewers the great lengths they went to in order to ensure the safety of this woman. The officers and the firefighter put their own lives at risk to successfully rescue her, without a second thought.

With the bodycam’s video, a wider audience is able to see the good first responders do.