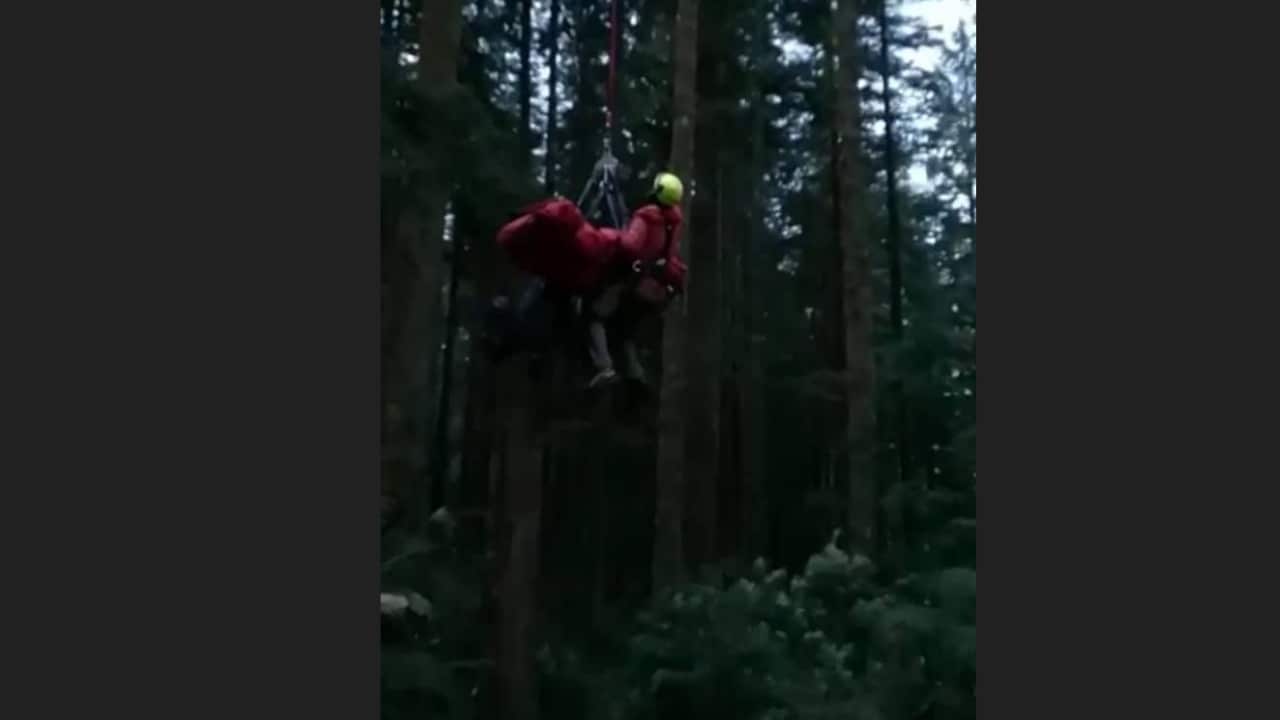 Two female hikers are resting comfortably after becoming stranded in Golden Ears Park. The park has a seven and a half-mile trail.

The two women were hiking on the East Canyon trail when one broke her ankle a little over five and a half miles down the trail.

The uninjured hiker found a group of three other hikers to stay with her friend. According to Manager Rick Laing, the friend hiked to a spot where she could get useable cell phone reception.

Once she reached an area with sufficient service, she called the Ridge Meadows Search and Rescue team.

The team received her call around 3:00 pm. With the threat of darkness falling soon, RMSAR thought it would be best to rescue the hikers with Talon Helicopters’ help.

According to Laing, “weather was rolling in.”

Two helicopters were needed for the rescue of the hikers. The primary helicopter held a medical team. They also used that helicopter to extract the group of hikers that stayed with the injured woman.

The secondary helicopter had a long line used to carry the hiker to West Canyon Command. They treated her there.

An ambulance then took her to the hospital for further treatment.

Thankful for the Rescue

Laing said this was the first longline rescue Ridge Meadows did while using their own team. Two members trained with Coquitlam Search and Rescue to learn how to do a longline rescue effectively.

A longline rescue is when a person is picked up with a stretcher or a harness with a member of Search and Rescue.

“Thank you guys for everything and for being as fast as you could be. I really didn’t want to spend the night with a badly broken ankle.”

In a post on the team’s Facebook page, Murray says she is counting down the days until she can get back on the trails.

When hiking outdoors, a late afternoon injury can easily go from bad to worse. Most locations are remote with little to no cell service, which makes the chance of getting assistance dicey.

Thankfully, the hiker’s friend had quick thinking and the ability to grab hikers to keep her company so she could get cell service.

For search and rescue teams, completing additional training and having the appropriate equipment can make the difference.