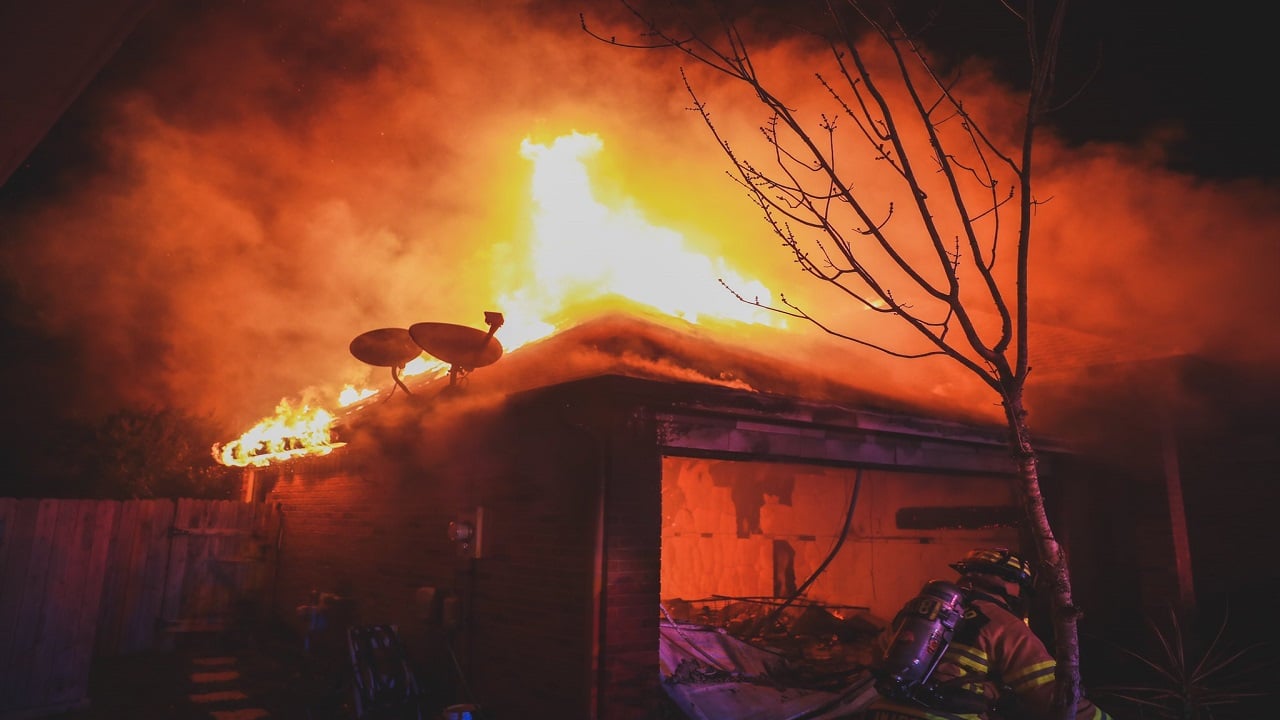 Two Harris County residents are in critical condition following a fire at their Katy, Texas home.

According to KHOU 11, Cy-Fair firefighters received the call around 10:00 p.m. When they arrived on the scene, they saw the blaze engulfing the family’s home.

According to fire officials, neighbors initially saw the blaze and made the 911 call. Based on neighbors’ accounts, officials believe the fire may have begun in the garage.

After the two brothers saw the fire, they noticed the father outside the house. The three of them entered the house to retrieve the man’s wife and daughter. Both women use wheelchairs.

The three men were able to get the wife out of the home. However, the daughter was still inside the building.

“The elderly adult female who exited the home before the firefighters’ arrival, her husband, the adult male patient, helped get her out, then reportedly went back in the home to get the adult female out. At that time, neighbors and Harris County Sherriff’s deputies helped roll the wheelchair-bound woman to safety on the sidewalk until firefighters arrived.”

According to ABC13, upon arrival, the fire crew rushed inside to rescue the father and daughter.

The firefighters pulled the father and daughter out of the home. However, both were suffering from smoke inhalation and did not have pulses.

Firefighters administered CPR to both and were able to resuscitate them. Both of the patients went to Memorial Hermann hospital and are still in critical condition.

According to the Harris County Fire Marshal, the fire produced a large amount of smoke, making the retrieval of the home’s occupants incredibly hazardous.

No Hazard is Too Much

Event though the smoke created a treacherous rescue, it was just another day on the job for these brave fire crews.

By retrieving these two fire victims, fire crews gave the pair a fighting chance. However, the persistence in administering CPR gave a positive ending to this potentially tragic story.

First responders do not have the option of giving up, even though the outlook may be bleak. They continue to give it everything they have.

In this case, giving it all they had kept this family of three intact.