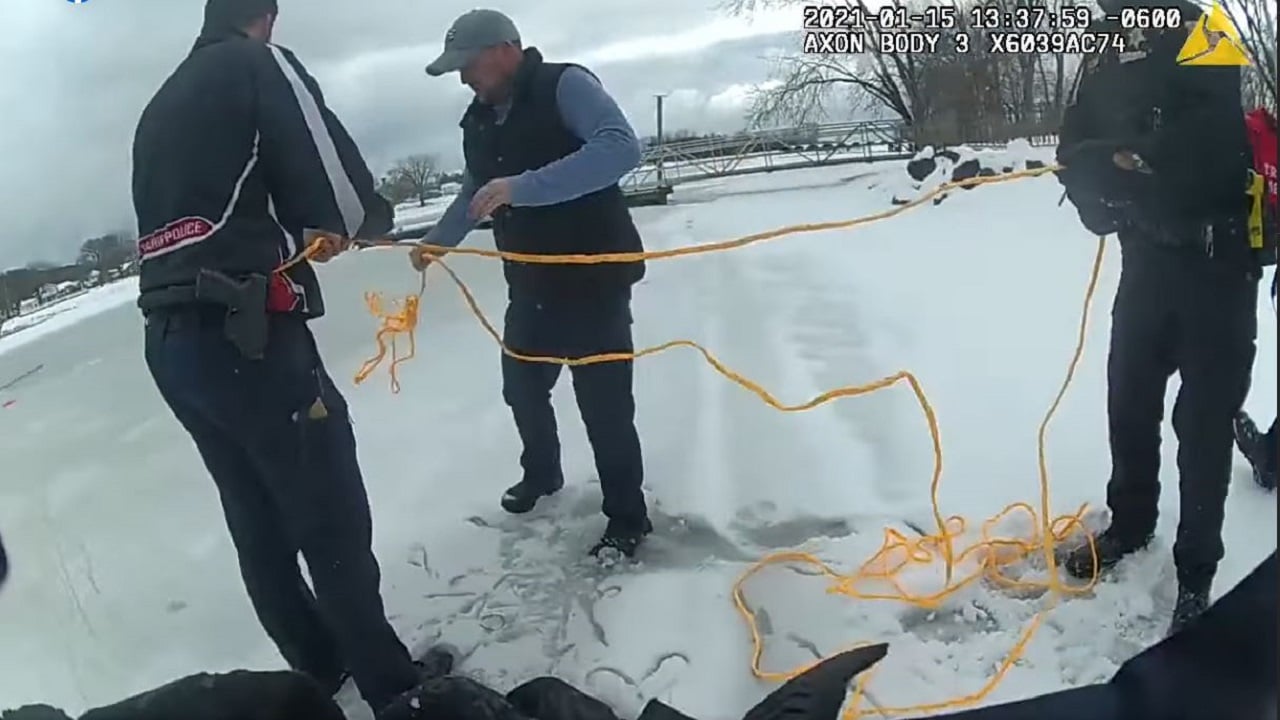 A 72-year-old woman and her dog fought valiantly for their lives last week.

According to Storyful, Police attempted a daring rescue after receiving a call from someone walking by.

Trying to Save Her Dog

The woman was with her dog at St. Feriole Island slough. According to officers, witnesses said the dog wandered onto the ice and fell into the water.

The woman went out to attempt to rescue her dog. During her rescue attempt, she fell into the water as well.

When officers arrived around 1:30 p.m., the woman and her dog were both struggling to keep their heads above water.

According to the Telegraph Herald, the video shows two officers, Police Department Lt. Casey Cox and sheriff’s department Lt. Ryan Fradette, go out towards the woman. However, as they step out, the ice breaks beneath them.

Both officers end up in the water with the woman and her dog. Then, sheriff department Lt. Wade Hutchison assists the other officers with getting the dog out of the water.

After the dog is out, the officers retrieve the woman from the water too.

In a Telegraph statement, Police Chief Kyle Teynor said the woman was suffering from hypothermia and exhaustion. As a result, she went to Crossing Rivers Health and was later released.

Teynor reminded people of how important it is to mind the leash ordinance. However, many do not understand how it can genuinely be the difference between life and death, pointing to the officers’ bravery.

“Just a couple minutes can change your life or somebody else’s life.

Like many first responder situations, this one has many different departments working together for a common goal. Multiple police agencies worked together with fire and EMTs to save this woman’s life.

In this case, fire was there as back up just in case. But they were ready either way. With two officers in the freezing water, their services could have easily been necessary.

The rescue of this woman and her dog also shows that it is not often just one person that makes a positive impact.

Fire Chief Tad Beutin said, “The video kind of speaks for itself. It just shows the cooperation that is between the police and sheriff and fire department- that we’re all on the same mission to protect lives and safety.”