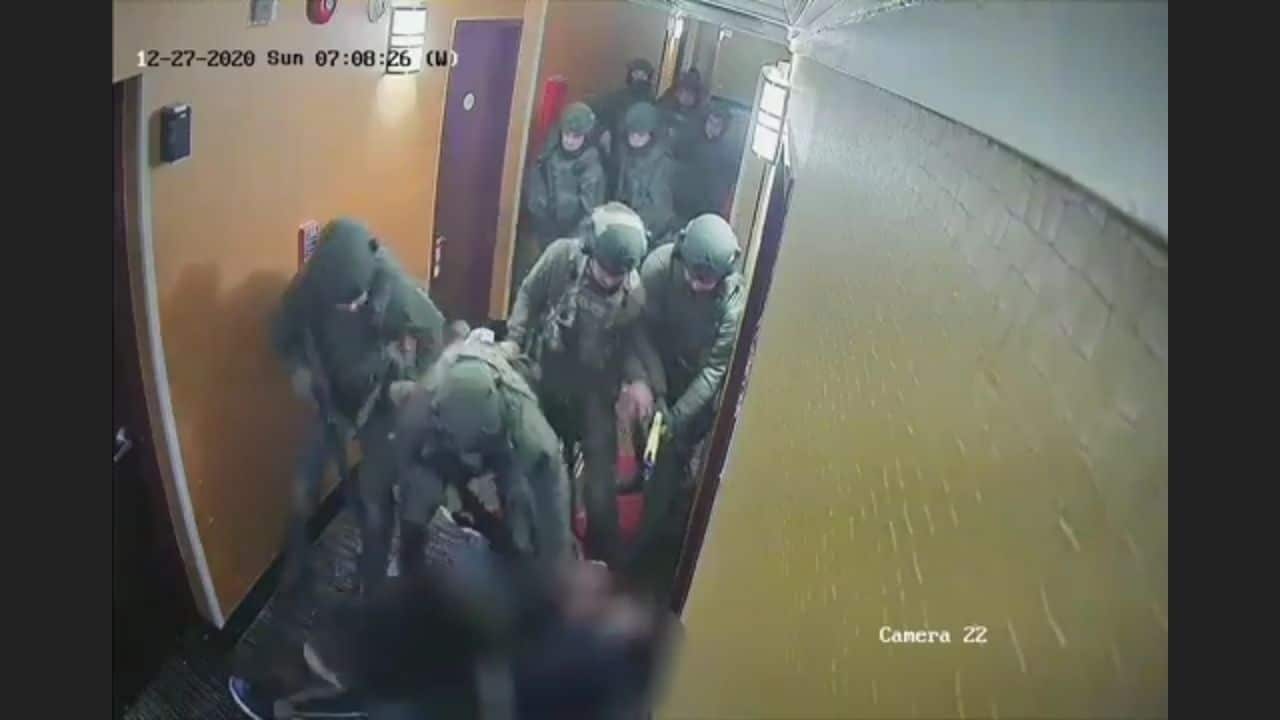 When Police respond to a call, they typically have little to no information on what kind of situation they are walking into.

In this case, A New Jersey man in the middle of a mental health crisis is now in custody after attacking a police officer with a knife.

Officers responded to a mental health call at the Howard Johnson Inn at 5:18 a.m. to assist Antwan Whitlock, who called from his room.

Upon arrival, the three responding officers attempted to speak to Whitlock through the door to his room. However, this attempt was futile, and they used force to gain entry into his room.

The officers could then see that Whitlock had two knives on his person. According to the attorney general, Whitlock cut one of the officers across the face and ran from his room.

The other two officers, Sgt. David Rose and Officer Kevin Berdnik, then use their 9mm guns to fire at the individual.

Both of the officers miss Whitlock as he ran through a fire escape exit. Passaic County SWAT came to assist the officers in apprehending Whitlock.

Officer Joseph DeGroot fired a taser at Whitlock when SWAT came into contact with him in the hallway. However, Whitlock still was able to stab himself in the chest with one of his knives.

He was given medical aid for his injuries while still at the hotel before being transferred to St. Joseph’s University Medical Center. Whitlock needed surgery and was later remanded into custody at the Bergen County Jail.

Mental health calls can be some of the toughest calls for an officer to respond to. Police often walk a fine line between helping the individual and protecting themselves or bystanders.

However, this scenario leaves police trying to find the best possible outcome for all involved. Most times, they are heavily criticized in the media, and by activists, for the choices they have to make.

Still, officers are called to protect and serve those who need their help. In a mental health situation, usually, the person who requires the most assistance is the one who is having a mental health crisis.

In this situation, they could subdue the individual before he caused additional harm to himself and others while still employing non-lethal methods.