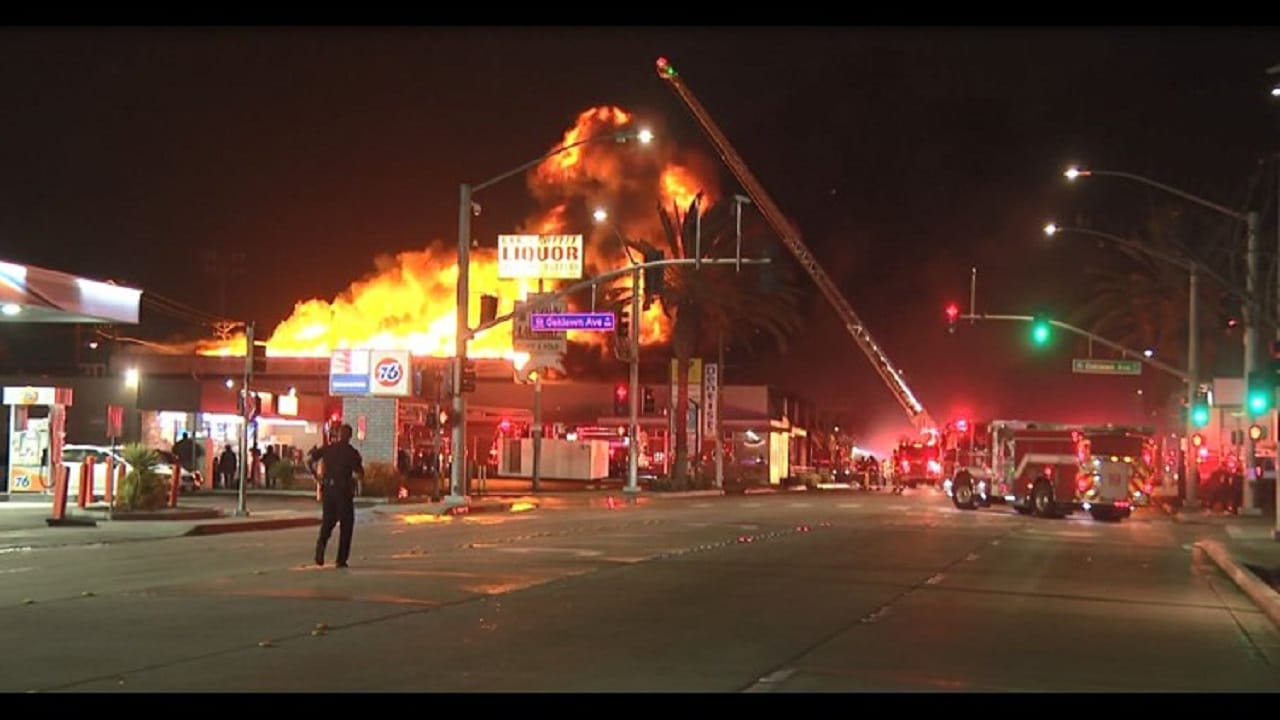 Fire is an unpredictable force. Firefighters have a difficult time controlling it even in perfect conditions. However, when external influences are beyond their control, it can make a tough job nearly impossible.

High winds and fast-burning flames fueled a three-alarm fire in Chula Vista Monday. The fire sent four firefighters to the hospital with injuries.

According to CBS 8, the fire is broke out on the Action Footwear store’s second floor. The blaze began around 5:40 p.m.

Winds accelerated the fire, rushing it up to the roof, turning it into a three-alarm fire when the roof caved in.

When the fire began, there were four store employees inside. All were able to make it to safety with no injuries. The cause of the fire is still under investigation.

If wind gusts up to 40 mph weren’t enough of a mitigating factor, Chula Vista Fire Captain Linda D’Orsi said the fire crews had to work around a blown transformer, downed wires as well as the building’s roof collapsing.

According to D’Orsi, at 7:00 p.m., the fire was nowhere near under control. Rain and low temperatures added to the difficult conditions as the night went on.

Smoke in the air led to low visibility as the wind continued to stoke the blaze. According to NBC 7, Chula Vista Fire Department made an effort to ensure none of the neighboring businesses caught on fire.

Firefighters from multiple companies were at the scene of Monday night’s fire. Crews came from San Diego, National City as well as Chula Vista.

Three of the four were tended to and released, while the fourth will remain at UC San Diego undergoing treatment for second-degree burns.

Never A Lost Cause

Firefighters routinely battle blazes that seemingly defy human limits. However, they keep coming back every time, attempting to save the structure, whether it’s a business, restaurant or a home.

Even when crews face compounding factors outside of their control, they still find a way to work together to save what they can. If they cannot save the initial building, they do all they can to protect the ones surrounding it.