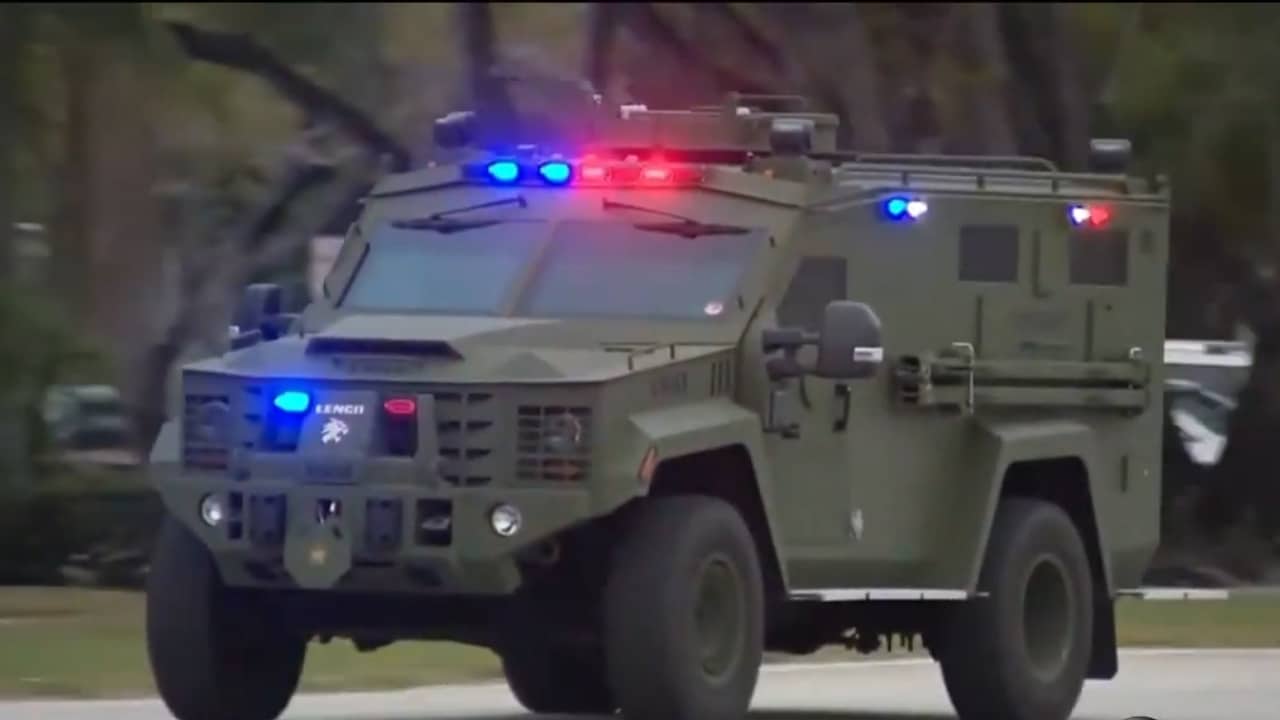 The FBI often spends months chasing down leads, gathering information, and setting up a case. All of this is to properly serve a warrant and remove a bad guy from the streets.

Recently, the FBI has been cracking down on child crimes., whether it be child trafficking or child pornography. Across the nation we have heard about agents serving warrants, rounding up those involved in these heinous crimes.

On Tuesday, the FBI went to serve a search warrant on an apartment in Sunrise, Florida. The warrant was part of a child-pornography probe by the FBI Internet Crimes against Children task force and Fort Lauderdale prosecutors

The suspect was under suspicion of possession of illegal graphic images of children.

As the FBI team approached the apartment, the suspect inside opened fire on the agents. According to the Miami Herald, they believe the gunman watched the agents approach through his front door camera.

He shot straight through the door. According to a law enforcement officer on the scene, there were “large holes in the door going outward.”

Law enforcement believes the gunman was using an assault-style riffle.

Often these types of warrants are carried out quietly with very few issues. Unfortunately, this was not the case this time.

When the gunman opened fire, he struck and killed two FBI agents, Daniel Alfin and Laura Schwartzenberger. Five other agents were also injured.

“On this dark day, we pay tribute to the brave men and women of the FBI who put their lives on the line every day in support of our mission. We will never forget the ultimate sacrifice made by these special agents.”

The shooting prompted a full response from SWAT, local police officers and paramedics. The SWAT team was able to pull out one of the injured agents and get them to safety.

The gunman is believed to have killed himself while he was barricaded inside the home.

Serving warrants has a wide array of outcomes. Many suspects are caught off guard. However, they will often come quietly.

With this suspect, the use of his doorbell camera took the element of surprise away from the FBI agents. He was ready for them but not willing to go.

Unfortunately, this dealt a devastating loss to FBI and law enforcement communities, with two agents making the ultimate sacrifice.