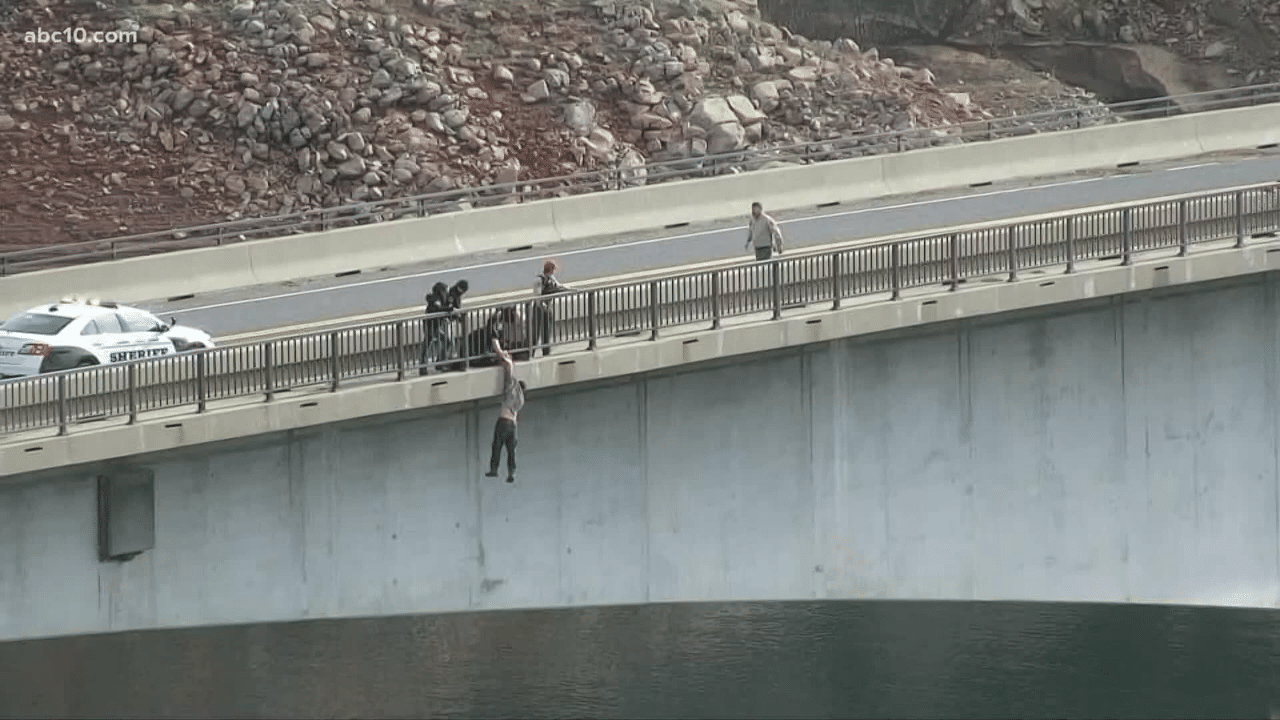 During a shift, First Responders experience a huge variety of calls ranging from routine to life or death situations. First Responders are expected to quickly shift into overdrive when lives are on the line.

With possible suicides, all focus is on finding the individual in despair. However, at times it can prove to be a difficult task.

Early Monday morning, the Tuolumne County Sheriff’s Office was alerted to a possible jumper. The person who reported the jumper said they received a text message from the man saying he wanted to kill himself.

The officers spread out, searching Stevenot and Parrotts Ferry bridges. Both of these bridges span over the New Melones Reservoir.

At 3:30 am, officers spotted a vehicle belonging to the man. According to The Union Democrat, this prompted officers to keep searching.

A search-and-rescue team came in to assist the officers on the ground. Officials said at 10 a.m., the man showed up on the bridge.

Tuolumne County Sheriff’s Deputy, Cpl. Andrew Long, began talking to him. According to KCRA, Long spoke with the man for 15 to 20 minutes, attempting to “talk him down.”

After speaking with Long, the man dashed for the railing. Long sprinted after the man, closing a gap of 50-feet.

As the man jumped over the railing, Long dove to catch him reaching his arm.

Luckily, Long made contact. He held onto the man until additional officers came to help him pull the now dangling man onto the bridge.

“I asked him for his (other) arm and reminded him that we all have a reason to live, and he has things to look forward to.”

However, Long, a former Navy hospital corpsman with the U.S. Marine Corps, said he does not consider himself a hero. He just considers himself to be a first responder.

Much To Live For

To save a life, neighboring departments used their training to work together. Every one of these officers’ focus was on bringing this incident to a positive conclusion.

To do so, they had to show this man they were on his side, that they were there for him.

Cpl. Long demonstrated that even though the man had given up on himself, Long was not giving up.