The Night Watch to the Thin Blue Line 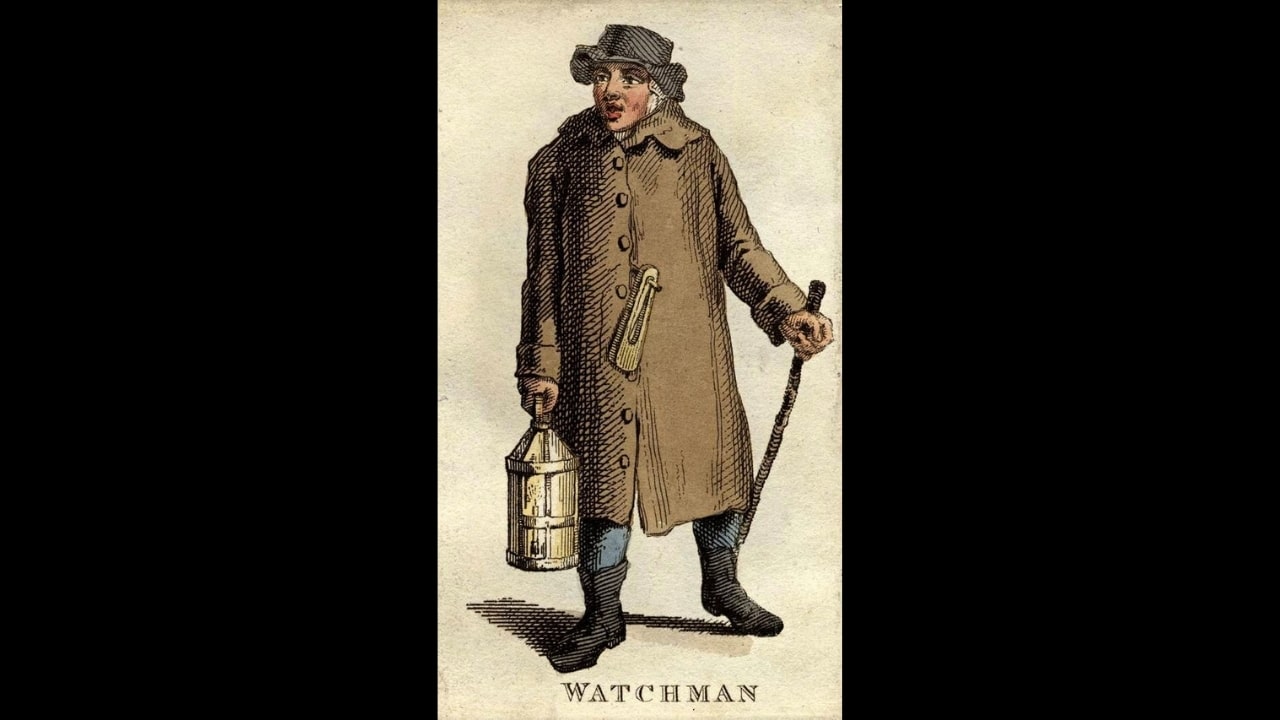 Long before you could dial 9-1-1, before flashing lights and sirens and men in blue, when the streets were dark at night and no formal law enforcement existed, there was the night watch. Night watchmen have existed in towns and cities for thousands of years in one form or another. In ancient Rome, the Vigiles Urbani (or watchmen of the city) did exactly that. These men were the vigilant that stayed awake to sound the alarm if anything went wrong.

Even further back, the prophet Ezekiel is called as God’s watchman to the people in both physical and spiritual form. So clearly, the watchman has been an important role throughout time.

…the people of the land choose one of their men and make him their watchman, and he sees the sword coming against the land and blows the trumpet to warn the people, then if anyone hears the trumpet but does not heed the warning and the sword comes and takes their life, their blood will be on their own head. – Ezekiel 33:3-5

The safety of those in the city has always been paramount, but in the new world in the 1630s, if you were out at night, you were breaking curfew and your behavior was suspect. The freshly formed colonial town of Boston, Massachusetts was the first to formally adopt the British practice of a night watch. Boston was not the big booming city it is today. It was a tiny port town newly established by the Puritans with only about 175 residents. The Boston Watch was founded to patrol the Boston Neck, a narrow piece of land that connected the city’s two sections. The watch was composed of only one officer and six men.

In three years, the town had almost doubled in population, so a Constable was elected, and the Boston Gaol was built to house the criminal element before judgment could be made. (It was this prison that housed several women accused of witchcraft from the nearby town of Salem.) A colonial watchman was responsible to make the rounds about town at night to prevent disorder and criminal behavior, guard against wild animal incursions, and sound the alarm for any fire—a big concern in colonial America.

By 1703, a watchman was paid 35 shillings a month, an upgrade from what was previously a volunteer position. In 1796, the watch was reorganized, and the watchmen carried a badge of office, a rattle, and a six-foot pole, which was painted blue and white with a hook on one end and a bill on the other. The hook was used to grab fleeing criminals, and the rounded “bill” was used as a weapon. The rattle was a noise-making device used for calling for assistance.  The “Victoria Police Rattle” was employed in both England and the United States and was used to raise the alarm.

Listen to the Victoria Police Rattle

The night watch and other informal policing models did not change very much until well after the American Revolution. What brought about the change was urban growth. While rural villages and towns were the norm for many years, by the early 1800’s, people started migrating to cities in search of employment. Over 30 million Europeans migrated to the United States in the years between 1836-1914, and they landed in the cities. With an influx of so many people, in so short a time, the cities were ripe for criminal behavior in one form or another. Old-world policing was no longer working.

Boston was again at the forefront, and in 1838 a bill was passed by the General Court to allow the city to appoint police officers. In 1854, the Boston Police Department was officially founded. By the 1880’s, all large cities in the United States had local police forces. These early police departments look much like they do today: publicly funded, paid full-time officers, not volunteers, different departments and bureaucratically run with rules and procedures, and also accountable to a governing authority. The Thin Blue Line can trace itself back to the earliest days in the colonies, back to a time when a handful of men walked the dark streets of Boston to keep the night watch.