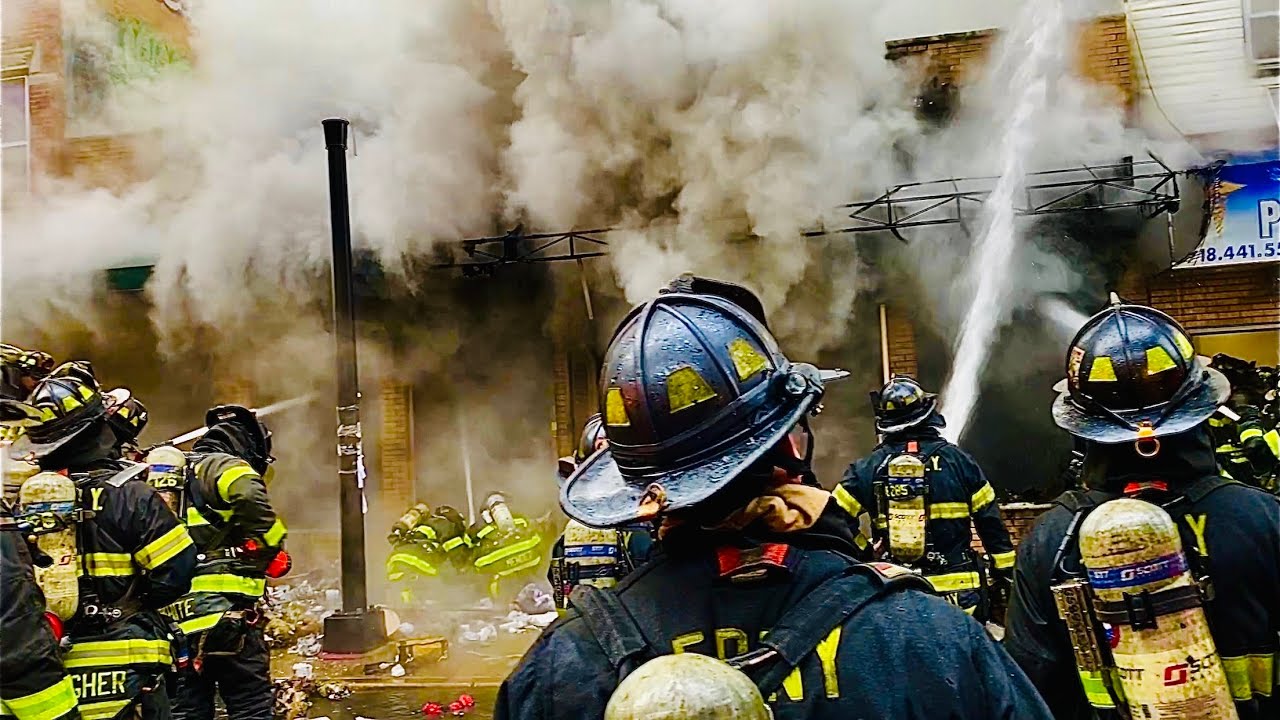 Commercial fires are generally less common than residential fires. However, they can often be a more significant threat. Firefighters have more to consider than just the initial fire.

Commercial buildings are close to neighboring businesses and are full of highly combustible products. This makes them hazardous and raises the potential for a multi-building fire.

Around 7:30 a.m. Sunday, FDNY fire crews received a call about a fire in Richmond Hill. The fire was in a Dollar Jackpot.

According to FDNY Chief of Department John Sudnik, the building was a single-story. However, crews faced challenging conditions.

“Our units responded in three minutes. Our units made an aggressive push to put the fire out, but there was just too much fire for them to handle.”

Sudnik said the fire was even coming out the storefront windows at that point.

According to Pix 11, the blaze quickly was upgraded to a five-alarm fire in the matter of an hour. Crews came from all around.

Battling the fire was nearly 200 firefighters from 44 different units. According to QNS, the firefighters employed many techniques to get the blaze under control.

They employed three hose lines on tower ladders to get a leg up on the flames. They were able to get control just before 10:00 a.m.

Two firefighters were injured while fighting the fire, as well as a civilian. All of them will recover.

One of the buildings next door is full of apartments. Residents left the building and stood out on the streets to watch firefighters.

They were hoping the fire would not spread to their building, facing the possibility that they could lose everything.

“We were sleeping, and all of a sudden, there was fire downstairs,” said resident Aileen Molly. “All we knew we had to do was get out of the house.”

This is the second recent fire in that area, and investigators are working to find the cause.

From the start, the fire had an advantage over the firefighters. With heavy flames and plenty of combustibles, the crews were fighting an uphill battle.

However, with reinforcements from numerous fire units, the firefighters worked as a single team to extinguish the flames.

With precise movements and teamwork, the 44 different fire crews achieved their common goal, putting out the store’s flames and stopping the fire from spreading to neighboring buildings.