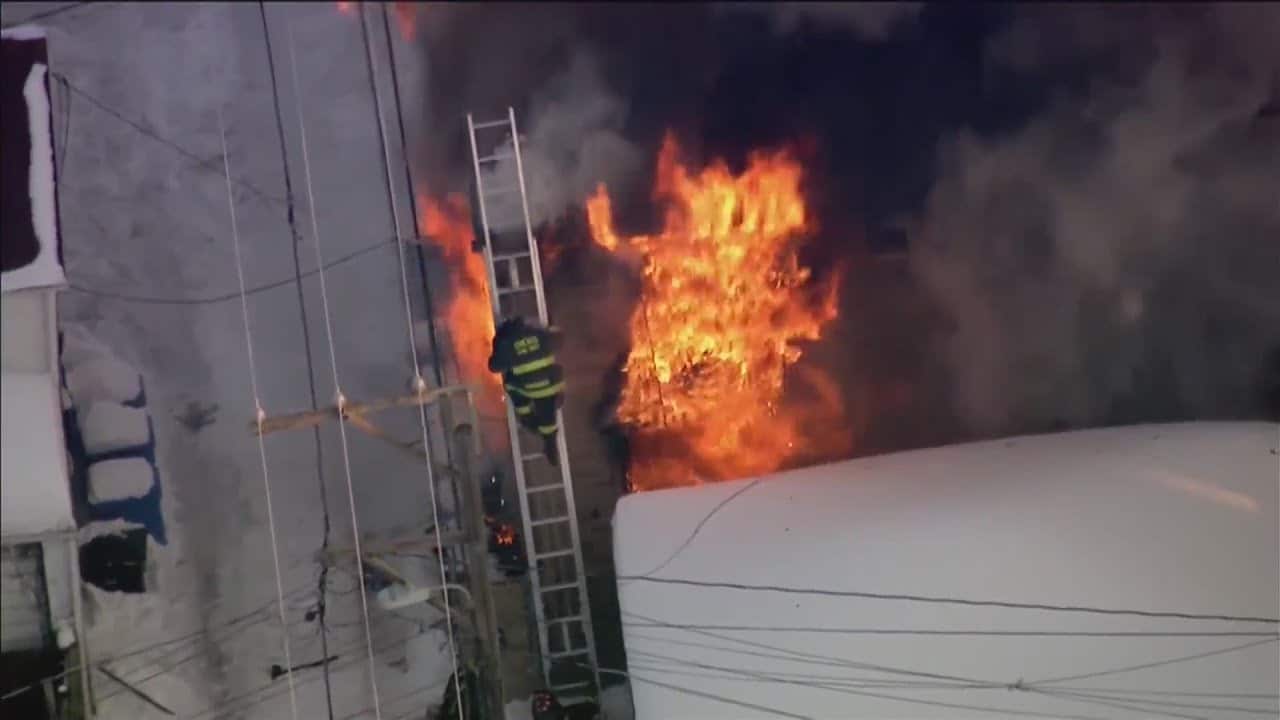 Even with extensive training, injuries are always a possibility for first responders. Injury is prevalent for firefighters.

Even when they deploy preventative tactics, anything can happen while battling a blaze.

According to WGN9, a large fire began around 7 a.m. in a Chicago neighborhood. A Bridgeport home caught on fire, and fire crews were dispatched to the two-story home.

Firefighters were fighting the flames, and what is known as a flashover occurred. A flashover is when the contents of a home catch on fire, making the blaze hard to manage.

According to officials, smoke and flames were coming out of the top of the house, less than an hour after the fire began.

Firefighters issued a mayday call a little after 7:30 a.m. With flames coming from the roof, nearby power lines began to catch fire as well.

This increased the risk and difficulty level for firefighters attempting to get control over the flames. Crews slid down a ladder to avoid the smoke.

However, a firefighter was still stuck on the roof, with no exit. He made the leap from the house on fire to the roof of the home next door.

According to District Chief Steven Clay, “These firemen all scrambled, they were all able to be rescued.”

The need to shut down the power after the lines caught fire slowed down the firefighting process. If that wasn’t challenging, enough the firefighters also were met with water issues.

Investigators are still looking into what may have caused the blaze. Thankfully, there was no one inside the home at the time.

Seven of the firefighters who were batting this fire were injured. All were sent to the hospital.

Many had minor burns, while one had an orthopedic problem and the other had a laceration.

Thankfully, none of the injuries were more serious.

These firefighters received thanks from people throughout the community, including the mayor. The fire evolved so quickly that it turned into a life-threatening situation for seven firefighters.

Because of their quick thinking and bravery, they were able to avoid more serious injuries.