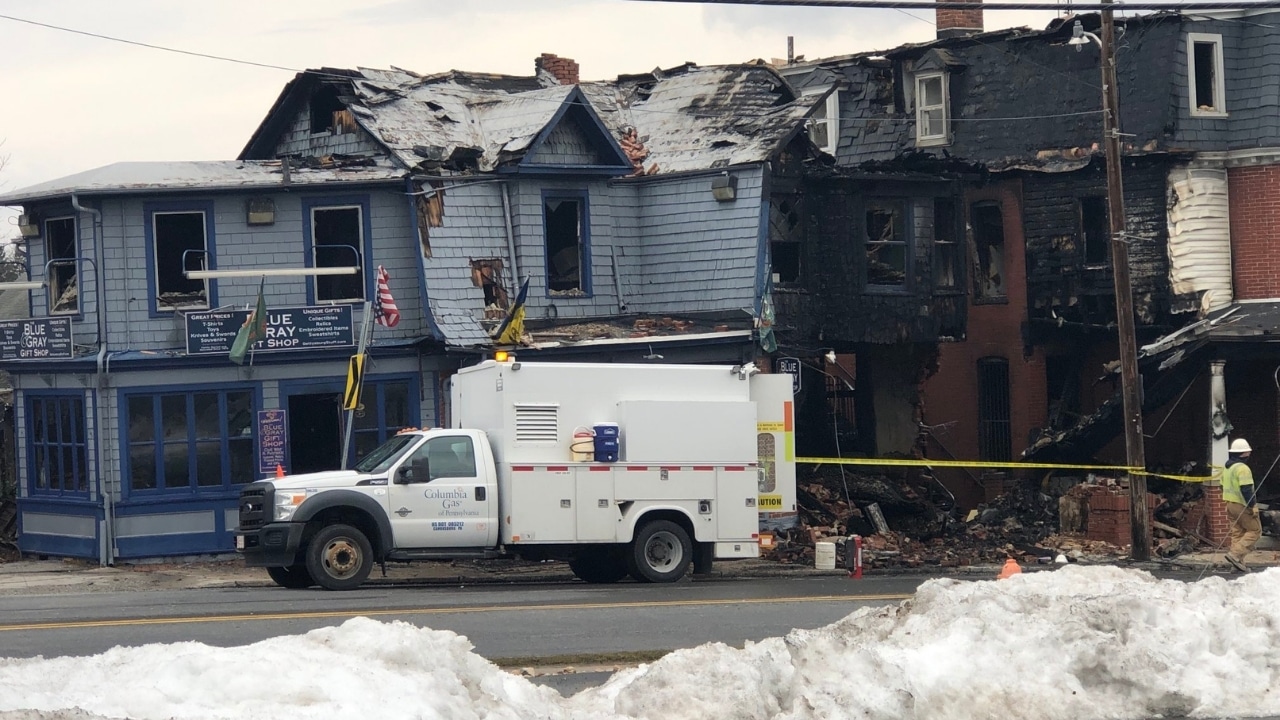 Early morning residential fires are some of the most dangerous. People are asleep and do not hear their smoke alarms go off and often have a difficult time getting to safety.

For two Gettysburg residents, an early morning fire almost cost them more than just the roof over their heads. Luckily for them, two off-duty firemen just happened to be driving by.

Around 4:30 a.m., Anne Arundel County Firefighter Chris Williams was heading in for his shift. Michael Six, a Cashtown volunteer firefighter, was also heading into work.

Both men saw a car crashed into some stores with the buildings and adjacent apartments in flames. At that moment, they chose to work together to help the residents.

“We will do a lot to save a lot. That was my intention at that point. If somebody needed out, I am going to do the best I can to get them.”

With their combined efforts, they were able to search the first floor of the building quickly. One of the female residents had not made it out on her own, so the two men rescued her.

Another woman needed rescuing from the second floor. Williams and Six used a hoist to raise another man to the second-floor balcony.

They then caught the woman and lowered her safely to the ground. According to CBS 21, there was fire everywhere by the time on-duty fire crews arrived.

Deputy Chief Temarantz said, “Thankfully, where the residents were in the back, they were still able to safely evacuate without any fire problems.”

Just Another Day at Work

Neither of the firefighters views what they did as heroic. Instead, they both said they were glad to be of service.

“Anyone of us firefighters would have done the same exact thing. I just happened to be at the right place at the right time,” said Williams.

Temarantz agreed that the firefighters were there at precisely the moment they were needed most.

First responders are always available when people need help. Whether they are on duty or off, they spring into action at a moment’s notice.

Thankfully these two firemen worked together and were able to help assist the residents in getting to safety.