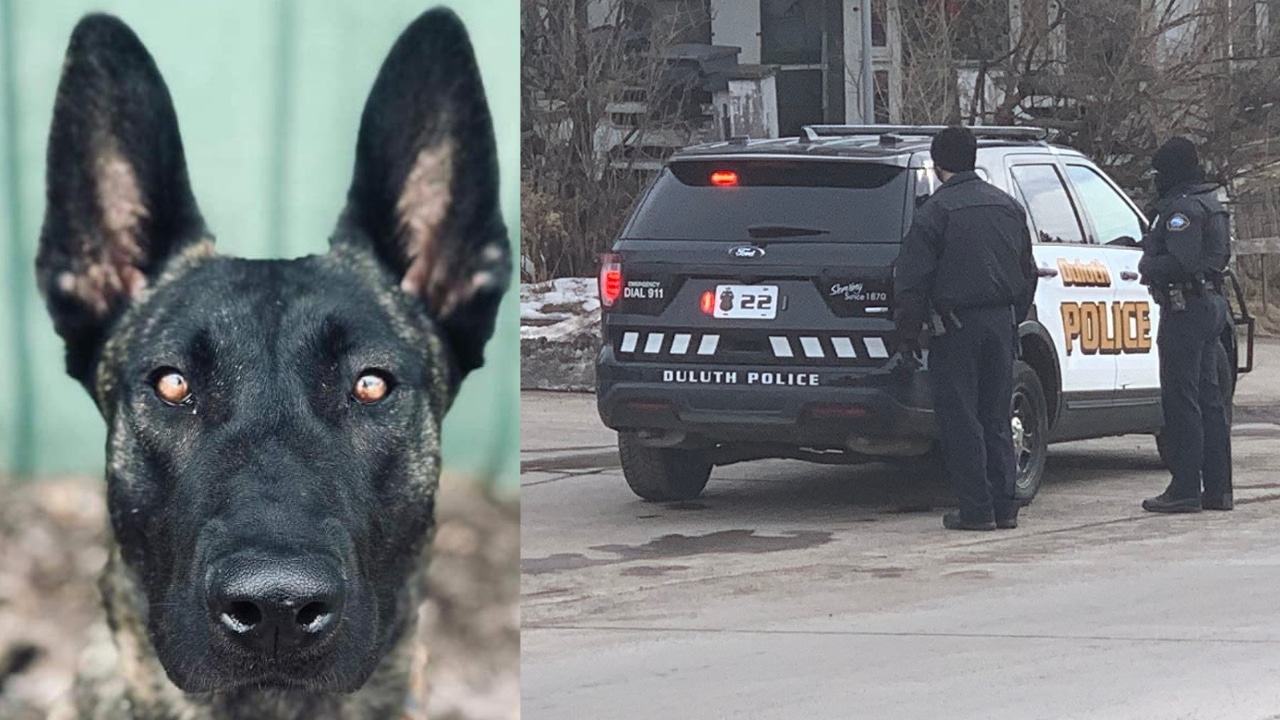 K-9 officers are trained for many different jobs. They are drug detectors, evidence finders, but most importantly, they protect their partners from harm.

A K-9 will protect his handler at all costs, even if that cost is their life.

In Minnesota, Duluth police officers responded to a domestic disturbance call around 8 p.m. According to KTTC, upon their arrival, officers discovered the suspect had a felony.

Due to his felony record, the suspect did not want to surrender. Officers sent in K9 Luna to retrieve the man.

Luna entered the home, and the suspect fired his weapon, hitting her. The officers around the home fired shots in return.

Retreating, the on-scene officers went to work setting up a perimeter. The woman involved was safely removed from the home. Officers discovered the suspect dead inside.

Trip to the Emergency Vet

No officers were injured in the exchange. However, Luna was. She was rushed to an emergency vet clinic for treatment. ‘

According to WCCO, despite the vet’s best efforts, Luna did not survive her injuries. She is the second K-9 officer her handler, Officer Haller, has lost in the line of duty in the last two years.

His former partner, a K-9 named Haas, was also killed during a domestic call response. In that call, Haller himself was also shot.

Loss Felt by the Community

Officers in the department remarked how difficult the loss of the K-9 is for everyone.

“It’s rough for a department to go through that, and especially being as close to Officer Haller and K-9 Officer Luna, it’s a little more hard just being in the K-9 unit and experiencing that.”

According to the Duluth News Tribune, Luna was a three-year-old Dutch shepherd loved by her community and law enforcement family. She was well-loved by her handler’s wife and two daughters.

Around 100 people and two dozen dogs showed their support for Luna as they lined the streets outside of the Essentia Health Duluth Heritage Sports Center, where her procession began.

Part of the Family

K-9 officers are just as much a part of the law enforcement family, their community, and their handler’s families as officers are. Since they are deeply valued, losing a K-9’s life in the line of duty is felt deeply.