Firefighter Skillfully Performs CPR On Baby While Climbing Down A Ladder 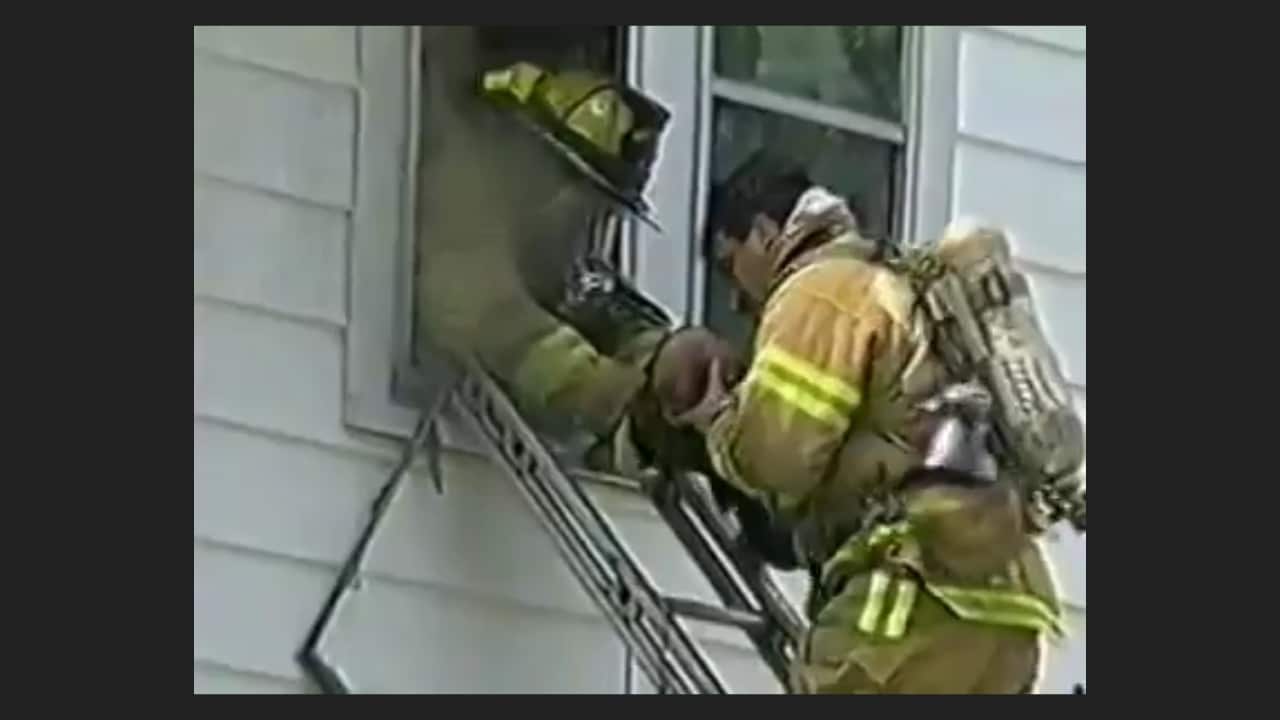 The pressure to save lives while a building is burning around you is tremendous for any firefighter. Add in a mother who is beside herself and heavy smoke, and one can quickly become frazzled.

However, this was not the case for Ohio first responders.

Rush to Save the Innocent

A raging fire broke out in a Fairborn, Ohio home in May of 2002. The frantic mother told crews on the scene that her baby was still inside the home.

Firefighter Bob Swick entered the home and began searching for the tiny 5-month old who was reported to be still in her crib.

As Swick searched inside the home, the smoke was growing thicker and thicker. With smoke increasing, Swick’s partner, Scott Lewis, became concerned for Swick and the baby.

In the video of the incident, you can see Lewis rush up a ladder perched against a second-story window. As he reached the top of the ladder, Swick approaches the window handing him baby Chelsea.

Chelsea was completely limp in his arms. He sprung into action, taking off his mask and administering CPR, all while he was climbing down the ladder.

Once on the ground, Lewis hands baby Chelsea to paramedic Laura Kerr. Kerr had just completed her training weeks earlier, with this being her first pediatric case.

Kerr runs to the ambulance to administer CPR and attempt to revive the little girl.

Baby Chelsea was taken to the hospital, where she spent the next week recovering. She was released to go home with her mother.

In the campaign video, done in partnership with Duracell, Kerr says incidents like this one, “…mark your soul. You don’t want to fail the most frail in your society.”

Lewis said, “she was lifeless. I know I had to get every breath I can into her.”

Pulling off this rescue was no easy feat, physically or emotionally. It truly speaks to the training, teamwork, and trust these firefighters had in one another.

Chelsea is alive and in her teenage years, thanks to the quick action of these three firefighters.