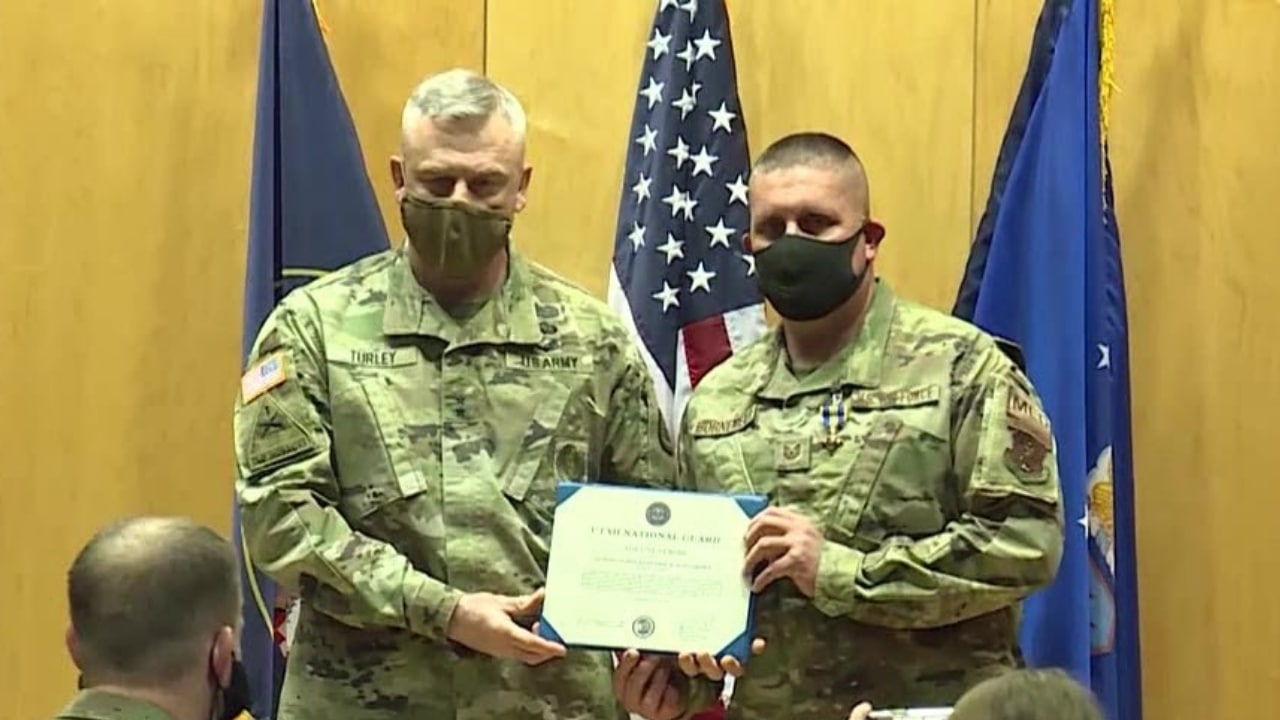 First responders often face chaotic situations in the line of duty. They focus on using their training to assess the best course of action.

For one Airman, his training was needed before he got to work.

On June 2, Tech. Sgt. Erik Bornemeier was driving down the road on his way to his post at the 151st Medical Group, Detachment 1, as part of their COVID 19 response unit.

Bornemeier pulled over and jumped into action. Grabbing his medical kit from the trunk of his vehicle, he quickly analyzed the situation. To reach the motorcyclist, he had to get across the still active lanes of traffic.

“The first thing I did was take a deep breath. As a medic, I am trained to triage and sort by priority, and he was the highest priority,” said Bornemeier.

Tending to the Victim

He could see that the victim needed help immediately. He began to administer first aid to the injuries, as the victim had suffered a lot of trauma.

Bornemeier knew there was only so much he could do for the man due to the extent of his injuries. He focused on providing a sense of calm and comfort amidst the scene’s chaos while they waited for first responders to arrive.

“The honest truth is that none of us know that we’ll do the right thing until presented with that moment,” said Maj. Gen. Michael J. Turley, adjutant general. “I can safely say that in this event, Sgt. Bornemeier did the right thing, at the right time, and for the right reasons.”

Honored for His Heroism

On March 15th, Bornemeier received the Utah Cross, the second-highest award that can be bestowed on a Utah National Guard member.

Turley said, “You make us proud to be a member of an organization that would have a person such as you. I’m proud to wear the cloth of the nation with you.”

Unfortunately, the motorcyclist did not survive his injuries. However, Bornemeier was able to convey his last words to his family.

Bornemeier stepped in where he was needed the most, employed his training, and did what he could to make the man comfortable. As a medic, he used his medical skills, but he employed his caring heart as a hero.