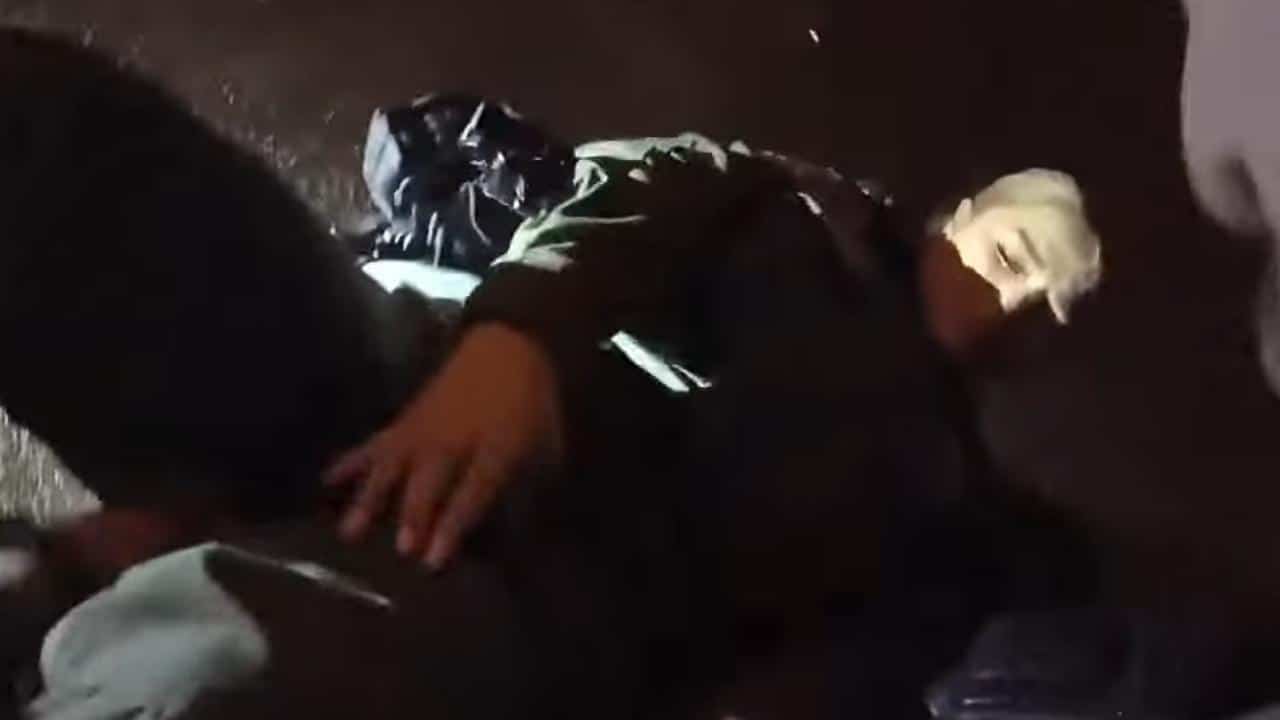 Most Military and First Responders are the kind of people that just don’t quit. Las Vegas Metropolitan Police Department (LVMPD) Officer Tierney Tomburo, 24, demonstrated this on Saturday after she took a round, went down, but refused to die.

It all went down when Tomburo and her partner made a routine traffic stop. The suspect’s vehicle contained the driver and two passengers.

Initially, everyone in the vehicle cooperated with the Officers, exiting the vehicle without complaint. However, once everyone was out of the vehicle, one of the passengers took off running.

The LVMPD, like most departments, has a strict policy governing foot pursuits. This is important for keeping both the Officers and citizens safe. Without such definitions, Officers may also jeopardize cases when apprehending suspects. The last thing any Law Enforcement Officer wants to do is get a case thrown out for violating department policy.

An incident where an officer chases, on foot, a subject who is attempting to avoid being
taken into custody.

The LVMPD policy governing pursuits also outlines when an Officer is allowed to give pursuit:

Officers may initiate foot pursuits of any individual(s) the officer reasonably believes is engaged in criminal activity.

With all of this in mind, LVMPD Officer Tomburo must have already believed the suspect was engaged in some kind of criminal activity. Otherwise, he would not have been asked to vacate the vehicle.

By taking off running, the suspect all but confirmed Officer Tomburo’s suspicions. She was well within Department policy when she decided to pursue him.

The suspect who took off running has been identified as 27-year-old Gabriel Charles.

When Charles decided to take off running, Officer Tomburo made a split second decision to pursue him.

Only a few steps into the pursuit, Charles turned as he was running and opened fire, striking Tomburo. He was only able to get a few shots off as his gun jammed.

But it was enough, one of those found it’s mark and struck Tomburo in the pelvis and she went down.

However, Officer Tomburo was still in the fight. Despite an incredibly painful and debilitating wound, she fired four shots at the man who was trying to kill her.

Her training proved it’s worth and Charles was neutralized before he could clear his gun and resume shooting.

As the gunfight settled, Officer Tomburo immediately radioed her location as her partner began rendering aid.

Officer Tomburo was rushed to a nearby Medical Center where she underwent emergency care.

Charles was not so lucky, while he was also rushed to a nearby hospital he succumbed to his wounds. Had he survived, he would’ve been charged with battery, attempted murder, prohibited person with a firearm, and resisting an officer.

The driver of the car subject to the traffic stop that kicked off the whole event was arrested for suspicion of DUI and will likely be charged as such.

A few days after being admitted, Officer Tomburo was released to continue her recovery in the comfort of her own home. While she is in good condition, she has a long, painful road to recovery.

When she was released from the Medical Center, she was met by a crowd of fellow Law Enforcement Officers and First Responders supporting her:

Her Department Chief has hailed Tomburo a hero for her actions, and we agree. It’s Officers like Tierney Tomburo that represent the true, heroic spirit of our Military and First Responders!

If your comment does not appear, please send us an email at [email protected]news.com so we can fix it!