Paramedic Injured In I35W Pileup Crawls From Wreckage To Help Others 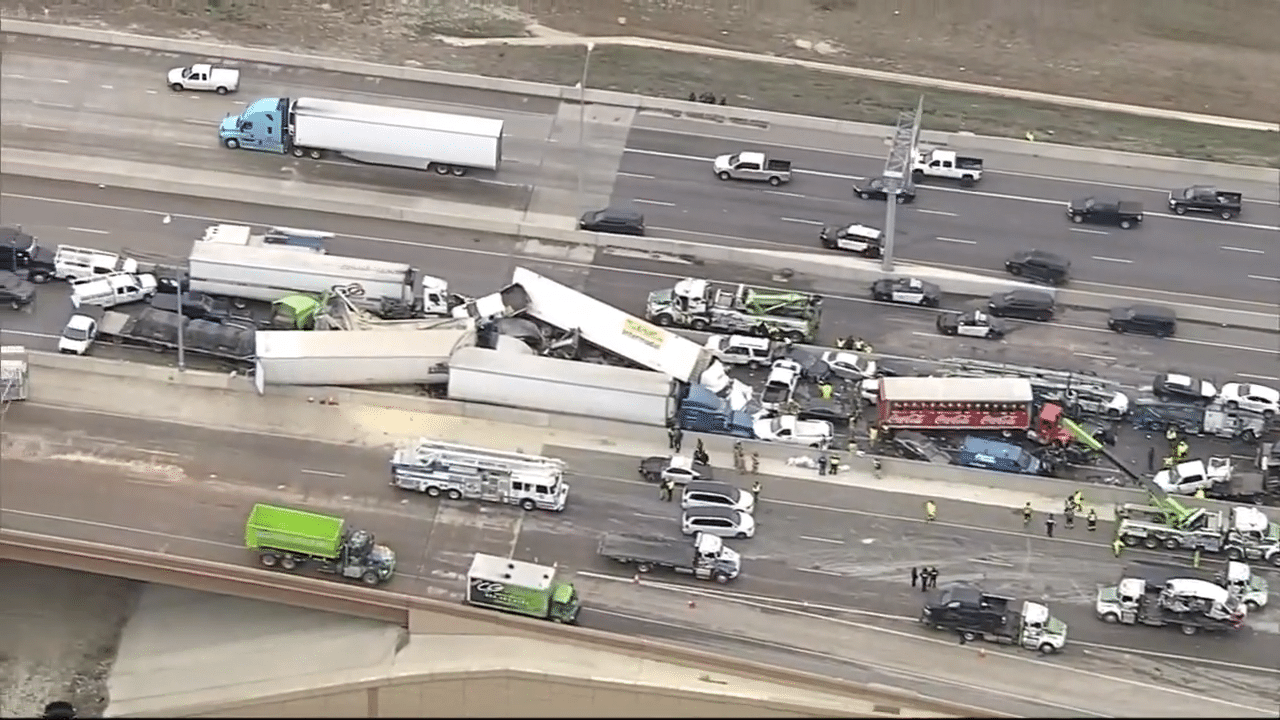 Black ice is one of the many winter road hazards. On cold, icy days, many travelers try to look out for signs on the road. However, it is notoriously hard to distinguish which part of the road is covered.

In some regions, drivers are used to looking for black ice. Others lack familiarity and are left unaware. For unfamiliar drivers, black ice can be deadly.

Cold Snap in The South

With the recent cold snap in Texas, freezing rain and sleet made North Texas roads slick, just in time for the morning commute. Around 6:30 a.m., as drivers were heading down Interstate 35W, black ice caused a massive pile-up.

One of the 130 plus vehicles was a Medstar paramedic on his way into work. According to NBCDFW, Trey McDaniel was driving his 2011 Toyota FJ Cruiser in his uniform when he saw the crash in front of him.

McDaniel says he immediately hit his brakes in an attempt to stop and avoid piling into the rest of the cars. However, stopping was not an option.

Instead, he slid and crashed. As he looked in his mirrors, he saw a semi-truck heading his way.

“It looked like it was trying to stop. There were sparks flying. But it was full speed. I thought it was my time at that point. I just kind of braced for impact.”

McDaniel’s truck flew into the air and landed on the other side of the express lanes.

Stepping In To Help

When McDaniel drug himself out of the wreckage, fire crews were on the scene. Since he was in his uniform, they assumed he was there to help.

Upon their request, he helped them treat victims. He placed two onto backboards and went searching for those who needed help.

McDaniel says he went straight into work mode despite being a little dizzy and everything being a little fuzzy. Once the other first responders realized he was a victim of the crash, they could not believe it.

They sent McDaniel to the hospital for treatment.

McDaniel’s drive to help others is so strong, he pushed aside his discomfort in order to take care of his fellow victims.

Despite, his injuries his training took over, allowing him to help a few of his fellow victims. As many first responders do on a daily basis, he put other’s needs before his own.