The WAACs of World War II 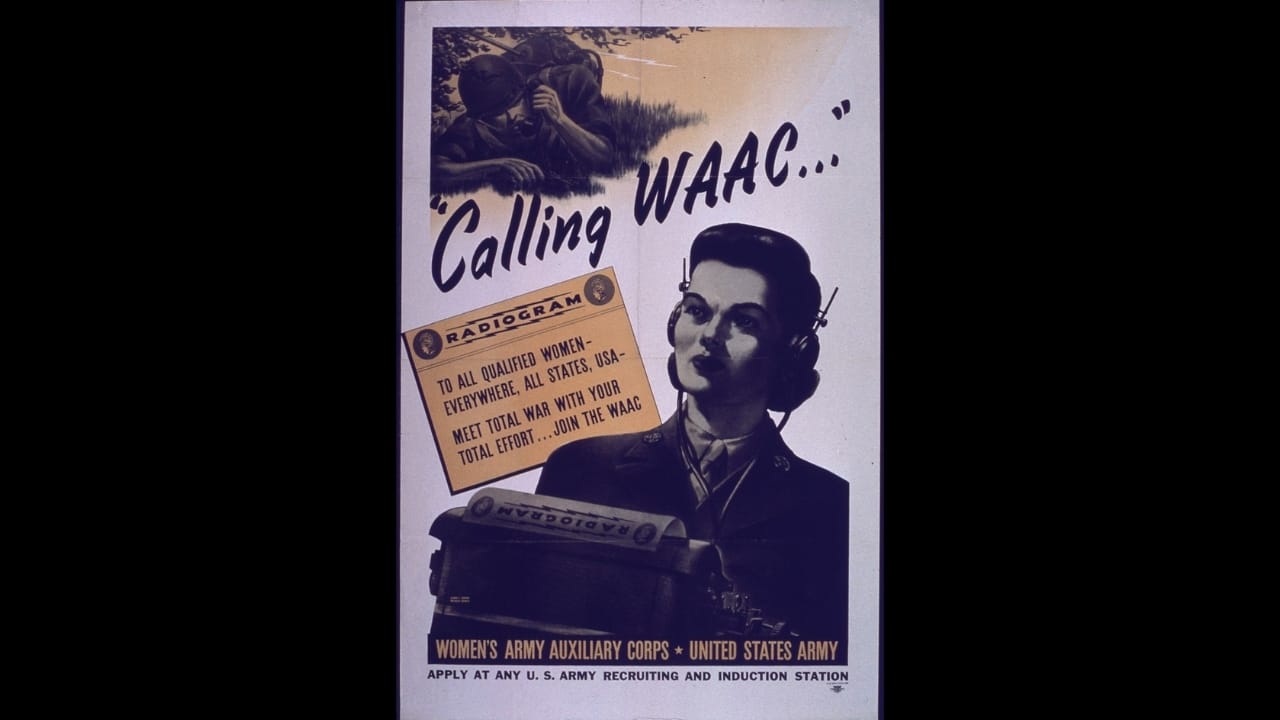 Women in the Military – WAACs

If you were an American woman 1941, and wanted to contribute to the war effort, there were numerous opportunities to do so. Rosie the Riveter and those like her were building airplanes and tanks in factories. But that was not the only way. Joining the Women’s Army Auxiliary Corps (WAAC) was another. These volunteers learned how to repair or operate a radio, fix a truck as a mechanic, learn the draftsman trade, become a code breaker, or many other opportunities.

Women were so desperately needed in both military and industrial positions, that Congresswoman Edith Nourse Rogers of Massachusetts introduced a bill to create the WAAC with the full support of the Army’s Chief of Staff, General George C. Marshall. The WAAC was established “for the purpose of making available to the national defense the knowledge, skill, and special training of the women of the nation.”

WAAC Qualifications and Their Why

As an “auxiliary” they were intended to support to the U.S. Army in almost 240 different jobs. Provided with food, uniforms, medical care, barracks, pay, and specialized training, the requirements were that applicants must be U.S. citizens, between the ages of 21 and 45 with no dependent children, weigh 100 pounds or more, and at least five feet tall. Initially, there were just 1,000 available officer positions, and 35,000 women hopefuls. Many had very personal reasons for applying:

One out of every five had enlisted because a male member of her family was in the armed forces and she wanted to help him get home sooner. Several were combat widows of Pearl Harbor and Bataan. One woman enlisted because her son, of fighting age, had been injured in an automobile accident and was unable to serve. Another joined because there were no men of fighting age in her family. All of the women professed a desire to aid their country in time of need by “releasing a man for combat duty.” *

The first Director of the Women’s Army Auxiliary Corps was Oveta Culp Hobby. She was extremely capable in her role as head of the Women’s Interest Section in the War Department Bureau of Public Relations. As the head of this bureau, she had studied the various prospects where women might serve while the men were away fighting, and so she was a perfect fit for her new role as director. She also understood the political nature of the job.

The enlisted ladies, known as “auxiliaries,” also joined in large numbers. The Secretary of War, Henry Stimson, increased the recruitment limit to 150,000 and ultimately, that is how many American women served in the WAACs during the war years.

While the first graduates were primarily stenographers, typists, file clerks, or motor pool drivers, the need was great and so positions eventually widened to include such jobs as cryptographers, metal workers, aerial photograph analysts, control tower operators, weather observers and forecasters, and radio operators and repairmen. WAACs were the first women, other than nurses, to wear the uniform and to serve in the ranks of the Army.

Women: You’re in the Army Now!

In 1943 the WAAC was converted to the Women’s Army Corps (WAC), and then incorporated into a separate branch within the U.S. Army rather than as an auxiliary support to it. Women were given the choice as to whether or not they wanted to join the Army. By 1943, the need for WACs at home as well as overseas was extreme and 75% of them decided to do so. Many overseas WACs worked long hours with highly classified documents, and many were directly exposed to danger in locations in both the European theater of war and others in North Africa, India, China, and the Middle East.

Their personal insignia was Pallas Athene, the Greek and Roman goddess of victory and womanly virtue. She was known for her wisdom, goddess of the arts of war, contemplation, handicrafts, wise in peace and the goddess of storms and battle. She was said to lead through victory to peace and prosperity. Her profile was worn on the lapels.

Many Firsts in Women’s Army Corps

There were many firsts in the Women’s Army Corps. Lt. Col. Charity Adams was the first commissioned African American WAC. In 1945 she was promoted to major and commanded the segregated all-female 6888th Central Postal Battalion in Birmingham, England. This battalion was responsible for the postal delivery of mail to over seven million soldiers. They were also a part of the “follow-on troops” after the D-Day invasion in France. Lt. Col. Charity Adams lead the only African American WAC unit that would serve overseas in the whole of the war.

At the head of “one of the most highly qualified WAAC groups ever to reach the field,” was Captain Frances Keegan Marquis. She was the first to command the 149th WAAC Post Headquarters Company, a women’s expeditionary force. She served in General Eisenhower’s North African headquarters in Algiers and lead her team of 200 in their non-combat responsibilities. The women in the 149th were personally selected for their linguistic skills and were specialists who took on the secretarial, switchboard, postal assignments among other duties. A journalist of the time stated of the 149th, “When a WAC takes over a switchboard from a soldier, efficiency goes up about 1000 percent.”

There were WACs assigned to the Manhattan Project, employed with the Army Ground Forces, and trained in specialties unknown to women before the war. Five different women served on General Eisenhower’s staff through his North African, Mediterranean, and European campaigns. While in the 1940’s, there was great controversy surrounding women in the military, Eisenhower was clear, “During the time I have had WACs under my command they have met every test and task assigned to them . . . their contributions in efficiency, skill, spirit and determination are immeasurable.”

At a time in our nation’s history when they were needed most, over 150,000 women volunteered for public service. When many denounced women in any sort of military service and each WAC faced the scrutiny of the media and sometimes the skepticism of their fellow soldiers, these women rose up when needed. There can be no mistaking the direct contributions the Women’s Army Corps made in assisting the country in its fight for freedom during World War II.