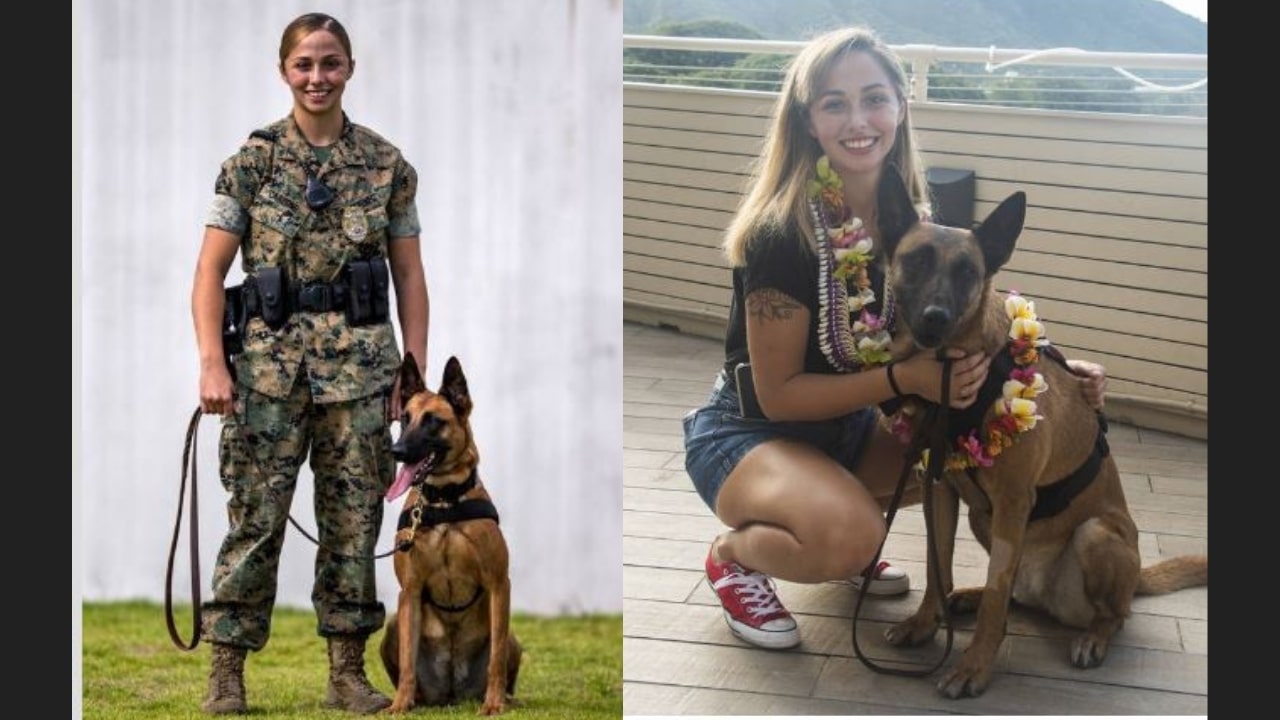 K-9’s have a special bond with handlers. For their relationship to work, they need to trust one another.

K-9’s and their partners often train together for several months before exclusively working together.

Bogi, a 5-year old Belgian Malinois, began working with the military as a narcotics detection dog when she was 2. She worked in Iwakuni, Japan, with her handler, Sgt. Angela Cardone of the U.S. Marine Corps.

Cardone and Borgi spent their time working together for two years until Cardone was transferred to Honolulu, Hawaii.

Borgi stayed in Japan. However, Borgi recently was retired due to an injury. She broke one of the bones in her neck, making it impossible to wear a collar.

The injury also made it difficult for her to do her job as a narcotic detection dog. Borgi and Cardone spent over a year apart from each other.

With thousands of miles between them, Cardone did not think she would get to see Borgi again.

However, once Borgi retired, it was time for her to be adopted out to a home outside the military. American Humane has a military program to assist in covering the costs to unite a military dog and their former handlers.

It can be a costly undertaking, especially when the travel distance is great. The non-profit is located in Washington D.C. and helps with the travel logistics to make all of this possible.

Bogi traveled 4,000 miles over the ocean so Cardone could officially adopt her. Dr. Lesa Staubus is the chief veterinary officer for American Humane.

Cardone is thrilled that she gets to keep Borgi. She plans to enjoy Oahu with Borgi on the beaches, dog parks, and hiking trails. Cardone plans to get her dog treats and a puppuccino.

Cardone said Borgi was great at doing her job in the military, but now she can just play.

“I’ve been looking forward to this,” Cardone said. “She’s the sweetest dog you’ll ever meet.”

A K-9 and their handler’s relationship goes beyond just the job. Since they spend so much time together, they develop a unique friendship and understanding, one they will get to enjoy off the job for many years to come.