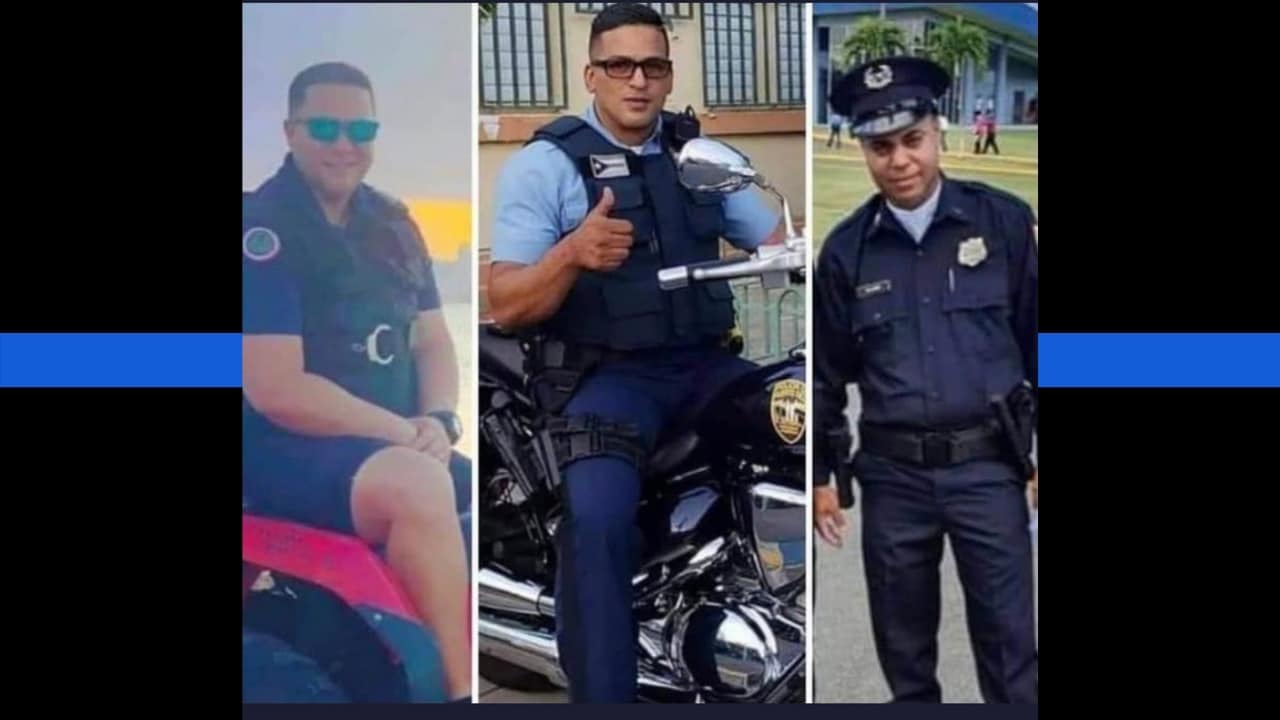 On Monday afternoon, three Puerto Rican officers were slain in a confrontation with a gunman.

It began when one of the officers was responding to a crashed vehicle on Avenida Roberto Clemente.

According to police, the gunman injured Salaman, leaving him on the road. He then stole a car to get away.

Another CMPD agent and Puerto Rico police officers chased after the gunman. According to the Officer Down Memorial Page, two of the officer’s Agent Eliezer Hernandez-Cartegena and Agent Luis Marrero-Diaz, were killed during the pursuit.

The car came to a stop by the Luis Munoz Marin International Airport, where the gunman hit Marrero-Diaz with a bullet. After he shot the second officer, the suspect again entered a vehicle to get away.

Gunman Gets Away… Maybe?

The suspect drove away into a neighborhood. The police are still looking for him. According to Bloomberg, officers discovered an empty vehicle engaged in the pursuit in the San Juan Luis Llorens Torres apartments parking lot.

Later, officers found a body full of bullets sitting in the street. According to Bloomberg, hanging from the body’s neck was a sign saying, “I was responsible for the killing of the guards. Here he is.”

Puerto Rico Governor Pedro Pierluisi says they will continue investigating the incident. He wants to ensure they capture every suspect.

“This violent attack underscores the dangers that are routinely faced by those who protect and serve their fellow citizens. We must honor the valor and the sacrifices of all law enforcement officers with a steadfast commitment to keeping them safe.”

Officers in Puerto Rico often face violent criminals who will do anything not to get caught. While Puerto Rico’s crime stats are currently at their lowest in three decades, they still have 529 murders on the books for 2020.

Suspects using AK-47’s and cars while committing their crimes brings a different element to the table. One police can only do so much to defend against.