WATCH: Police Officers Risk Their Own Lives To Save Citizen 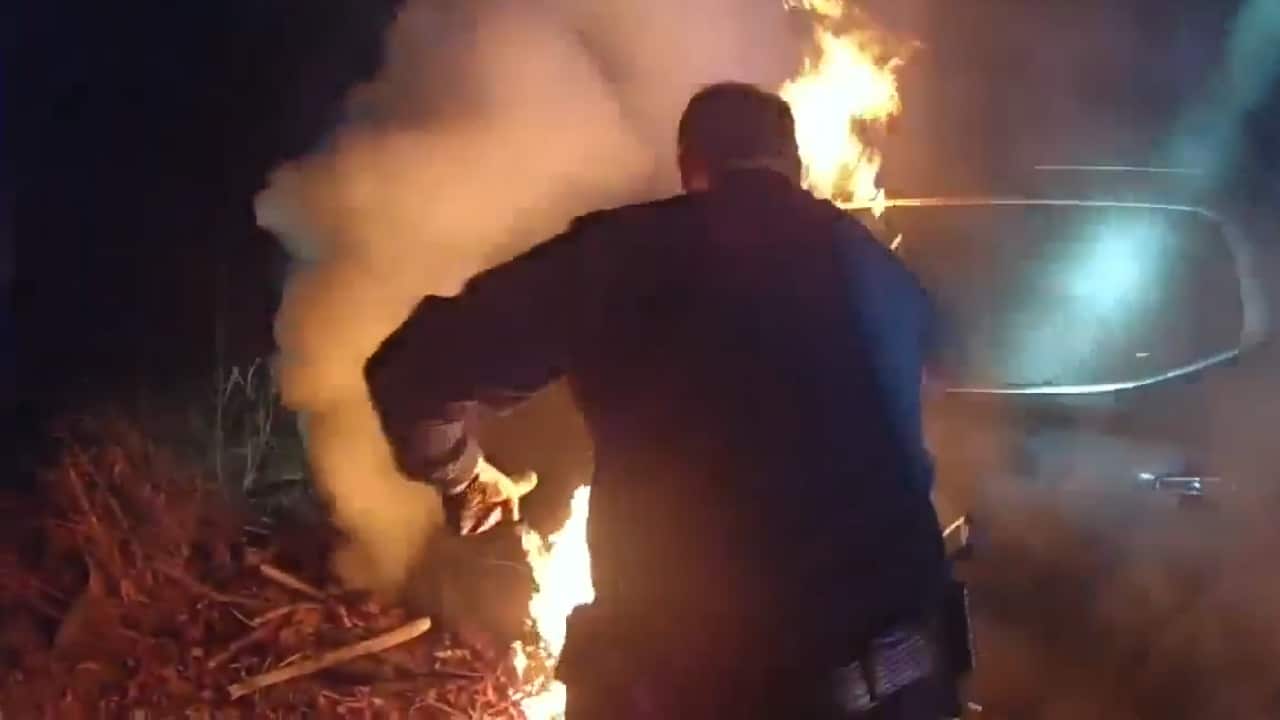 Two Ohio police officers risked their lives to save a woman from a burning vehicle Saturday evening.

Not Abandoned After All

Initially, a Hamilton County Sheriff officer was checking on a car he believed to be abandoned. As he approached, he saw a woman unconscious in the driver’s seat.

According to Fox 19, Mary Thress, a 60-year-old bakery owner, had a diabetic emergency.

Police officials say Thress was unconscious behind the wheel with her foot pressing down on the pedal. The spinning tires lit the brush underneath, causing the fire.

The deputy who was first on scene ran to his squad car, calling for additional help. Montgomery officer Rich Riley and off duty Evandale police sergeant came to help about three minutes after the deputy’s call.

To remove Thress from the burning car, the officers had to shoot out a window. Once officers shot out the windows, flames began to engulf the vehicle.

According to Montgomery police, “She was seconds away from being burned alive.”

Riley has second-degree burns on his shooting hand due to reaching into the car. As a result, Thress has several burns on her leg and left arm and is recovering at her home.

“Next thing I know, I am in the ER, and then I was told what happened, and then I started having flashbacks. I remember being pulled out of the car and screaming because I could see flames and everything.”

According to WCPO 9, flames began to inundate the vehicle within 31 seconds of the three officers pulling Thress out.

Civilians never know when they will be in need of a first responders’ assistance. That help may be anything from fixing a flat tire or pulling them from a burning car.

Riley did both of those things within 90 minutes of one another. Both of those are not something one would think of as the job of a police officer.

You have a flat tire, you call AAA. There’s a fire, firefighters come. However, there is a lot more gray area in the world of a first responder, especially for police officers.

If a citizen is in immediate need of help, police officers, like Officer Riley, will jump into action.